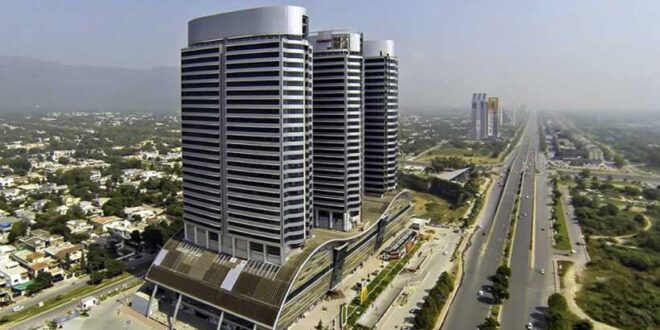 Pakistan being endowed with myriad of natural resources and its geopolitical importance still undergoes multifarious economic and political issues. foreign reserves are declining which currently stand at $ 9 billion; rupee depreciation, which is at historic high of 233 (26 July); trade deficit, gap between imports and exports remains humongous task to eradicate that was $ 30.8 billion in 2020-21 and stands at much higher $ 48.664 billion in 2021-22 despite ban on import; the current account deficit, which is $ 18 billion due to trade deficit; subsidy cuts; hike in petroleum prices and power tariffs; inflation that was recorded 21.3 per cent in June first time since 2008; food inflation which stood at 25.9 per cent over previous year having shortage of wheat and edible oil which, in consequence, has abated affordability of middle-class and daily wagers to eat and dragooned them to dropout from school, specially girls, enhanced child labor to meet expenses of households, diminution on health and other essential commodities and compromise on the quality of food; loss of jobs and purchasing power; political instability which is being termed as rationale behind rupee depreciation and many more. Have you ever wondered why do we endure these issues time after time? Why don’t we have everlasting solution to these issues?

Simply put, it is all due to economic dependency on US, China, Saudi Arabia and International Financial Institutions.

Economic dependency or foreign dependency is defined as a tool of stronger country or creditor to make a weaker country economically dependent. Consequently it changes dependent country’s economical and political behavior and policies. Dependency on assistance of superpowers has a decisive sway over recipient country to adopt donor’s preferred policies. Also, a country obtaining loan from World Bank or International Monetary Fund (IMF) must agree to engineer its economy as per creditor’s conditions. Resultantly, paying-off debt often begets balance-of-payment difficulties. Apart from this, it deepens borrower’s economic crises and dependency rather than halting them. It is widely believed by economic experts and political pundits that interference of donors, foreign governments or international agencies in recipient country’s political process results in bad governance or reduction in quality of governance.

Presently, Pakistan is witnessing decline in foreign reserves which is believed to afford just six weeks of import. So, Pakistan is eagerly looking for IMF bailout for evading bankruptcy because this is the only way out for her. However, Pakistan has to meet all pre-conditions to get IMF package which include levying taxes on petroleum products, immediate implementation of NEPRA’s decision on fuel adjustment, National Accountability Bureau and other anti-corruption organization to ensure good governance etc. But, raising petroleum prices and power tariffs will be unaffordable for ruling party in the run-up of the 2023 general election. Thereby, incumbent government will be between devil and deep blue sea to choose either side. Besides, Pakistan is likely to get $ 4 billion from friendly countries this month. It is better for Pakistan temporarily but bailout from IMF and assistance from friendly countries will have decisive influence over the foreign policy of Pakistan as always that will ultimately usurp the interest of Pakistan.

Regretfully, due to foreign assistance and external debt, Pakistan could not chart out its sovereign foreign policy which must have been based on the interest of her and her people. However, it remained under the influence of US, IFIs and other countries- which conferred little benefit to Pakistan but more to donors. As US reliance constrained us to join SEATO and Cento in 1950s, and allied with US to outsmart mighty Soviet Union in Afghanistan in 1980s. Besides, Pakistan compellingly jumped into the war on terror after 9/11 incident which was not our personal war but we involved for US. Pakistan suffered even more than double of economic assistance and lost about 70,000 lives. Later, Pakistan-China relations strengthened, US, using IMF, toiled to make sure that Pakistan complies to pursue her geopolitical interests and challenge China’s economic influence. So, IMF urged Pakistan for greater transparency while dealing with China and ensures IMF loans did not finance China Pakistan Economic Corridor (CPEC).

Sorrowfully, after decades of being scapegoat, Pakistan could not manage to tailor her independent foreign policy. When Russo-Ukrainian conflict erupted, visit of former Prime Minister of Pakistan Imran Khan was being questioned by US despite conflict erupted after Imran Khan had arrived. De facto, numerous European Union and NATO members were trading with Russia- some have still not cut trade 100 per cent. Apart, Pakistan’s incumbent minister for finance was afraid of purchasing Russian oil due to fear of US sanctions. On the contrary, NATO and EU members were importing fossil fuels from Russia, even our neighboring county India, US’s QUAD allay, is also purchasing crude oil from Russia reportedly hiked import during conflict.

Apart from this, in 2020 US sanctions on Iran augmented, she gave exemption to Turkey, Iraq, India and others allowing them to trade in energy sector with Iran but in spite of a lot of sacrifices for US, she did not favor Pakistan in this exemption. Also, Pakistan played key role in Doha pact but was denied due credit. Similarly, China, and other friendly countries have utilized Pakistan for their personal gains as well whenever they needed whether it was in favor of Pakistan or not.

Here arises a question that why do we persistently remain dependent on US, IFIs and other friendly countries?

To answer this, I can say, these are trade deficit, current account deficit and fiscal mismanagement. We are importing more than we are exporting due to incapability of producing constructive products and importing non-essential and luxury items which consume foreign reserves heavily. Also, we do not have proper management of the resources we have. We are mismanaging the finances that are all adversely impacting the economy of Pakistan.

To cope with these and becoming independent in real meaning, our country must be economically self-reliant. For being self-reliant, different countries find different approaches ascertaining their best potential, resources and geography. Similarly, Pakistan has to find these areas. Firstly, Pakistan should modernize its industry, in an attempt to increase exports, and decrease imports of non-essential and luxury items (if not for always just for now). For this, government must create incentives like providing subsidy in energy and reform industrial sector as per need. Government should encourage establishing new modern factories and companies so that they may create employment opportunities and meet needs of the people. Secondly, government should pay special heed on Foreign Direct Investment, for it has advantageous impacts for host country. Since we are rich in paradise-like beautiful places and other natural resources, we should focus on tourism, mining, effective agriculture so on. Taking the example of Maldives, she with the Japan created various tourist resorts which earn them billions. We must transform northern areas of Pakistan into tourist destinations to lure foreigners so that they spend money in Pakistan. Also, encourage foreign companies to invest in Pakistan, for it will create jobs and pay taxes which will ultimately contribute to the revenue of Pakistan.

Lastly, government should stick to policy of earning more and spending less. In coming years, Pakistan must focus on paying off debt, cutting budget of defense, development etc so that we can be self-reliant and can pursue over independent foreign policy.

To sum, a country can develop, when it has independent foreign policy based on the best interest of the country and the people of that country. If we go to the self-reliance, Pakistan will be independent in real meaning and progress will be our destination.

2022-07-30
Editor
Share
Previous Optical Gas Imaging – A New and Innovative Imaging Technology
Next The End of History, Delayed: The EU’s Role in Defining the Post-War Order 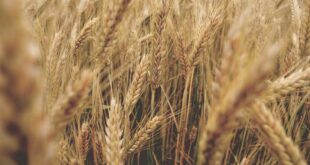