Towards a Culture of World Peace

The following text was presented at the closing session of the Conference on Dialogue of Asian Civilisations, programme organized by the Chinese Academy of Social Sciences (CASS), Beijing, May 15-16, 2019

The World is at a dangerous crossroads. A culture of war and military conquest is upheld. War is presented to public opinion as a US-NATO peace-making endeavor which will ultimately result in the spread of Western democracy.

Military intervention not to mention “economic warfare” (including sanctions) are routinely upheld as part of a humanitarian campaign.  War has been granted a humanitarian mandate under NATO’s “Responsibility to Protect” (R2P).

Culture which is the theme of the Conference on Dialogue of Asian Civilisations (Beijing, May 15-16, 2019) is of utmost importance in resolving conflicts within and between nations. Culture defines perceptions and understanding as well as dialogue and diplomacy.

In this regard, “Towards a Culture of World Peace” constitutes a commitment to Human Livelihood. It is  an initiative  which consists in confronting the discourse in support of  war and military intervention emanating from NATO and the Pentagon. It requires reviving a Worldwide anti-war movement, nationally and internationally as well as establishing a resolve by the governments of sovereign nation states to reject this Worldwide process of militarization.

The contemporary US-NATO “culture of war” (which has its roots in European colonial history) constitutes an obvious obstacle and impediment to the Dialogue of Civilizations and China’s Belt and Road Initiative (BRI) launched by President Xi Jinping in 2013.

The culture of peace is universal. It is shared by people and nations Worldwide. Today’s “culture of war” is a US hegemonic project predicated on the creation of conflict and divisions within and between countries. It is this (unilateral) project of global warfare which is intent upon destroying civilization.

“The culture of peace” which was addressed by President Xi Jinping in his opening address of the Conference on Dialogue of Asian Civilizations, constitutes an important instrument which has a bearing on broad geopolitical, economic and strategic relations. The procedure consists in ultimately confronting and dismantling “the culture of war”  which has a pervasive impact on the human mindset.

This endeavour will not succeed through political rhetoric or a “war of words”.

The victims of U.S. led wars are routinely presented by the Western media as the perpetrators of war.

Realities are turned upside down. “War is Peace” said George Orwell. The Western media in chorus upholds war as a humanitarian endeavor. “Wars make us safer and richer” says the Washington Post.

When war becomes peace, the world is turned upside down. Conceptualization is no longer possible. The consensus is to wage war.

The building of this diabolical consensus consists in the militarization of the “cultural industries”. The latter are supported by the US Department of Defense which allocates a large share of its budget to upholding the “culture of war”.

[T]he ideology of militarism pervades society, glorifying the US state’s use of violence not diplomacy to achieve security in a world divided between a righteous American “us” and an evil and threatening “them,” representing war as the first and most appropriate solution to every problem that vexes America, and reducing patriotism to unquestioning support for each and every incursion. (Tanner Mirrlees, The DoD’s Cultural Policy: Militarizing the Cultural Industries, University of Ontario Institute of Technology, October 2017)

In turn Hollywood in liaison with the Pentagon has endorsed the culture of war and violence:

“[The] Hollywood–Pentagon connection represents a key dimension of the military–entertainment–industrial complex, where a film is simultaneously being used as a tool for recruitment, military public relations, and commercial profit.

According to Tom Secker and Matthew Alford, “A similar influence is exerted over military-supported TV”.

Meanwhile, the balance sheet of death and destruction in Iraq, Afghanistan and Syria is casually ignored. Civilians in war torn countries are “responsible for their own deaths”. This narrative pervades the Western media:  233,000 estimated deaths in Yemen since 2015, according to a recent United Nations report. 140,000 children killed. The media is silent: who are the war criminals?

In September 2000, a few months before the accession of George W. Bush to the White House, the Project for a New American Century (PNAC) published its blueprint for global domination under the title: “Rebuilding America’s Defenses”. This document which has a direct bearing on US foreign policy refers to America’s “Long War”

“The revolution in military affairs” consists in developing advanced weapons systems as well as a new generation of nuclear weapons.

The doctrine of “mutually assured destruction” (MAD) which prevailed during the Cold War era has been scrapped. Under Bush’s 2001 Nuclear Posture Review (NPR) (endorsed by the US Senate in 2002), nuclear weapons are to be used on a “first strike” “pre-emptive basis”, as a means of “self-defense” against both nuclear and non-nuclear states.

This is an absurd and diabolical proposition which can only be sustained by misleading public opinion, i.e. by obfuscating the deadly impacts of  nuclear weapons. Moreover, while the US has waged countless wars in what is euphemistically described as “the post war era” (1945- present), the issue of “self defense” is erroneous: the national security of the United States of America has never been threatened.

While the US and its NATO allies have launched a military adventure which is sustained by the “culture of war”, the public is largely unaware that the use of these “more usable” nuclear weapons (with a variable explosive capacity between one third to twelve times a Hiroshima bomb) threatens the future of humanity.

There are powerful economic interests behind the culture of war: the oil industry, the military industrial complex, Wall Street. In turn, there are powerful lobby groups which influence US foreign policy. Dialogue and debate are required: It is important that these economic actors, including the weapons producers, be made aware of the inherent dangers of global warfare.

Financing the Culture of War

The Trump administration has supported a significant hike in defense, war and related “National Security” expenditures. The defense budget presented by the presidency to the US Congress for 2020 is of the order of  750 billion dollars, of which 718 billion will go to the Pentagon.

But this figure of 740 billion is in some regards misleading: Accounting for a massive US intelligence budget, Homeland Security, and related war expenses, the requested annual US National Security (War) Budget for 2020 is estimated to be in excess of 1.2 trillion dollars.

“There are at least 10 separate pots of money dedicated to fighting wars, preparing for yet more wars, and dealing with the consequences of wars already fought”  (See, William D. Hartung, Mandy Smithberger, Boondoggle, Inc.: Making Sense of the $1.25 Trillion National Security State Budget  May 10, 2019). 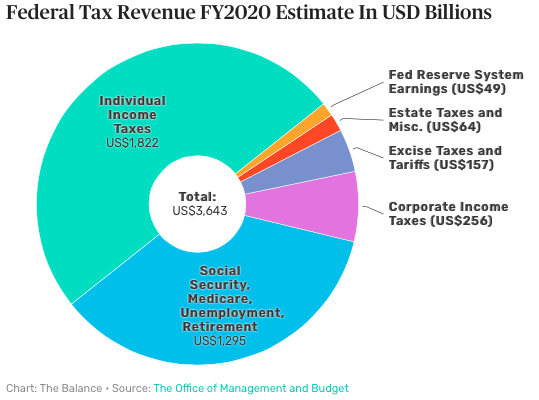 While the weapons industry is booming, the civilian economy is in crisis, civilian infrastructure and social services including medicare are collapsing. Eventually what is required are policy mechanisms for the phasing out of the war economy and the national security apparatus, while channeling resources into rebuilding the civilian economy. No easy task.

The cultural dimension is crucial. US policy-makers believe in their own propaganda. The “culture of war” often combined with twisted ideological and/or religious undertones, influences government officials involved in acts of war.

In 1945, President Truman intimated in the immediate wake of  the bombing of Hiroshima, that God stands on the side of “Us Americans” with regards to the use of nuclear weapons. “We pray that He [God] may guide us to use it [nuclear weapons] in His ways and for His purposes” (August 9, 1945).

Hiroshima was designated as a “military base” in Truman’s historic speech on August 9, 1945. The stated objective of the Harry Truman was to “save the lives of innocent civilians”.

In the contemporary context, diplomatic relations and dialogue are at an all time low. At no time since the 1962 Cuban Missile Crisis has the World been closer to the unthinkable: a global military conflict involving the use of nuclear weapons.

In this regard, what should be acknowledged is that US government officials in high office who decide upon the deployment and use of nuclear weapons do not have a full understanding of the consequences of their acts.

The Legacy of  History

The contemporary US-NATO “culture of war” has its roots in European colonial history. Starting in the late 15th Century, European colonization was invariably supported by military conquest, violence and political subordination. A colonial economy was established. “Western cultural values” and the language of the colonizers were imposed, civilizations were undermined or destroyed. The colonial system ultimately led to the establishment of hegemonic relations, leading up to the consolidation of the British empire in the 18th and 19th centuries, followed by US neo-colonial expansionism in the late 19th century and in the wake of World War I.

What is significant is that this culture of colonial violence inherited from the British empire has a bearing on the nature of  contemporary US foreign policy, which in large part is predicated on militarization at a global level. The US has currently more than 800 military bases in 80 foreign countries.

Many Asian countries which were the victims of US-led war, not only have military cooperation agreement with the US, they also host US military bases on their territory.

In South and Southeast Asia, European colonialism was marked by conquest coupled with the displacement of the pre-existing silk road trade relations.

Historically, China’s trading relations under the land and maritime silk roads were marked by dialogue and the extensive exchange of culture. China’s trade relations during the Antiquity and Middle Age extended into South and South East Asia, the Middle East, Central Asia, East Africa and Western Europe. Starting during the Han Dynasty (207 BC- 220 AD), the land and maritime silk road played a key role not only in economic exchange between civilizations but also in the spread of social and cultural values.

In contrast to European colonialism, these relations largely respected the sovereignty, independence and identity of the countries with which China was trading with. The silk road  trade did not  seek to impose or develop a dependent colonial relationship. The language of diplomacy was marked by the benefits of bilateral exchange.

The mindset in Asian societies, which historically have been the victims of colonialism and US led wars is in marked contrast to the dominant “culture of war”.

The legacy of history prevails. While the “culture of war” characterizes America’s hegemonic ambitions modelled on the legacy of the British empire, China’s contemporary Belt and Road Initiative (BRI)which consists in developing trade relations with a large number of partner Nations states, is largely committed to a “Culture of Peace”.

Most Asian countries have been the victims of Western colonialism starting in the 15th Century, the impacts of which have led to the destruction of the pre-existing maritime and land trade routes as well as the demise of cultural exchange.

And numerous countries in Asia and the Middle East extending from the Mediterranean to the Korean Peninsula have been the victims of US led-wars in the course of what is euphemistically called “the post war era”. Today most of these countries are partners of the Belt and Road Initiative launched by President Xi Jinping in 2013.

As we speak, the US is threatening Iran. Washington has announced the deployment of 120,000 US troops to be dispatched to Persian Gulf . Secretary of State of Mike Pompeo (who has little understanding of history and geography) has justified this deployment, while casually  referring to the “clash of civilizations”.

US led wars are intent upon destroying civilizations as well dialogue between sovereign nation states.

As we conclude this closing session of  the Conference on the Dialogue of Asians Civilizations in Beijing, let us endorse “the Culture of Peace” as a means to ultimately abolishing all wars.