The Political Trial and Death of Milosevic and NATO Responsibility

Editorial Note — It’s been 10 years since the former president of Federal Republic of Yugoslavia, Slobodan Milosevic has died in the prison in the Hague, while his trial for alleged war crimes was still ongoing. The 1990s civil war in Yugoslavia has been for years the main topic on the cover pages and has kept the international community and public on the constant terror alert. The main villain was one man and one nation – Serbian president and Serbian people.  Thanks to such one-sided and biased portrayal of events in former Yugoslavia and its war, majority of the world has learned that the Serbs were guilty of ‘war crimes’, ‘crimes against humanity’ and even ‘genocide’ —and the sole culprits for the conflict that had much deeper roots and many more factors, actors and instigators, far more powerful and important than the Serbs themselves. Thanks to the CNN and the presstitutes the irreparable damage to the image of a nation was already done. Few however know, even to this day – 10 years after the death of the accused former Serbian President – that he was in fact recently exonerated, albeit few years post mortem during a trial of another Serb accused of similar heinous crimes. These news have never reached the mainstream media, unlike the CNN’s coverage of “the most important trial since Nuremberg” so the stain on a man dubbed ‘Butcher of the Balkans’ and his people remains to this day. We bring our readers an article worth reading, in hope of shedding light on the real reasons for the war, the NATO 1999 bombing of Yugoslavia, and the trial.

On March 11, 2006, [former Serbian] President Slobodan Milosevic died in a NATO prison. No one has been held accountable for his death. In the 10 years since the end of his lonely struggle to defend himself and his country against the false charges invented by the NATO powers, the only country to demand a public inquiry into the circumstances of his death came from Russia when Foreign Minister, Serge Lavrov, stated that Russia did not accept the Hague tribunal’s denial of responsibility and demanded that an impartial and international investigation be conducted. Instead, The NATO tribunal made its own investigation, known as the Parker Report, and as expected, exonerated itself from all blame.

But his death cannot lie unexamined, the many questions unanswered, those responsible unpunished. The world cannot continue to accept the substitution of war and brutality for peace and diplomacy. It cannot continue to tolerate governments that have contempt for peace, for humanity, the sovereignty of nations, the self-determination of peoples, and the rule of law.

The death of Slobodan Milosevic was clearly the only way out of the dilemma the NATO powers had put themselves in by charging him before the Hague tribunal. The propaganda against him was of an unprecedented scale. The trial was played in the press as one of the world’s great dramas, as world theatre in which an evil man would be made to answer for his crimes. But of course, there had been no crimes, except those of the NATO alliance, and the attempt to fabricate a case against him collapsed into farce.

The trial was necessary from NATO’s point of view in order to justify the aggression against Yugoslavia and the putsch by the DOS forces in Belgrade supported by NATO, by which democracy in Yugoslavia was final
ly destroyed and Serbia reduced to a NATO protectorate under a Quisling regime. His illegal arrest, by NATO forces in Belgrade, his illegal detention in Belgrade Central Prison, his illegal rendition to the former Gestapo prison at Scheveningen, near The Hague, and the show trial that followed, were all part of the drama played out for the world public, and it could only have one of two endings, the conviction, or the death, of President Milosevic. 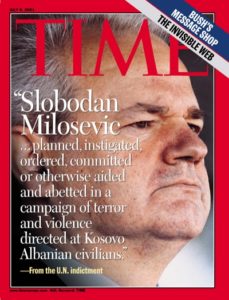 Since the conviction of President Milosevic was clearly not possible after all the evidence was heard, his death became the only way out for the NATO powers. His acquittal would have brought down the entire structure of the propaganda framework of the NATO war machine and the western interests that use it as their armed fist.

NATO clearly did not expect President Milosevic to defend himself, nor with such courage and determination. The media coverage of the beginning of the trial was constant and front page. It was promised that it would be the trial of the century. Yet soon after it began the media coverage stopped and the trial was buried in the back pages. Things had gone terribly wrong for Nato right at the start. The key to the problem is the following statement of President Milosevic made to the judges of the Tribunal during the trial:

“This is a political trial. What is at issue here is not at all whether I committed a crime. What is at issue is that certain intentions are ascribed to me from which consequences are later derived that are beyond the expertise of any conceivable lawyer. The point here is that the truth about the events in the former Yugoslavia has to be told here. It is that which is at issue, not the procedural questions, because I’m not sitting here because I was accused of a specific crime. I’m sitting here because I am accused of conducting a policy against the interests of this or another party.”

The prosecution, that is the United States and its allies, had not expected a real defence of any kind. This is clear from the inept indictments, confused charges, and the complete failure to bring any evidence that could withstand even basic scrutiny. The prosecution case fell apart as soon as it began. But once started, it had to continue. NATO was locked into a box of its own making. If they dropped the charges, or if he was acquitted, the political and geostrategic ramifications were enormous. NATO would have to explain the real reasons for the aggression against Yugoslavia. Its leaders themselves would face war crimes charges. The loss of prestige cannot be calculated. President Milosevic would once again be a popular political figure in the Balkans. The only way out for NATO was to end the trial but without releasing Milosevic or admitting the truth about the war.

This logic required his death in prison and the abandonment of the trial.

The Parker Report contains facts indicating that, at a minimum, the Nato Tribunal engaged in conduct that was criminal regarding his treatment and that conduct resulted in his death. The Tribunal was told time and again that he was gravely ill with heart problems that needed proper investigation, treatment and complete rest before engaging in a trial. However, the Tribunal continually ignored the advice of the doctors and pushed him to keep going with the trial, knowing full well that the stress of the trial would certainly kill him.

The Tribunal refused prescribed medical treatment in Russia seemingly for political reasons and once again put the Tribunal’s interests, whatever they are, ahead of Milosevic’s health. In other words they deliberately withheld necessary medical treatment, that could have lead to his death. This is a form of homicide and is manslaughter in the common law jurisdictions.

However, there are several unexplained facts contained in the Parker Report that need further investigation before ruling out poison or drugs designed to harm his health: the presence of the drugs rifampicin and droperidol in his system being the two key ones. No proper investigation was conducted as to how these drugs could have been introduced into his body. No consideration was given to their effect. Their presence combined with the unexplained long delay in getting his body to a medical facility for tests raises serious questions that need to be answered but which until today remain unanswered.

The Parker Report, despite its illogical conclusions, exonerating the Nato tribunal from blame, provides the basis for a call for a public inquiry into the death of President Milosevic. This is reinforced by the fact that the Commandant of the UN prison where President Milosevic was held, a Mr. McFadden, was, according to documents exposed by Wikileaks, supplying information to the US authorities about Milosevic throughout his detention and trial, and is further reinforced by the fact that Milosevic wrote a letter to the Russian Embassy a few days before his death stating that he believed he was being poisoned. Unfortunately he died before the letter could be delivered in time for a response.

All these facts taken together demand that a public international inquiry be held into the entirety of the circumstances of the death of President Milosevic, not only for his sake and the sake of his widow Mira Markovic and his son, but for the sake of all of us who face the constant aggressive actions and propaganda of the NATO powers. Justice requires it. International peace and security demand it.

[This article first appeared in Izvestia in March of 2015.] 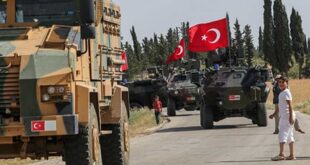