On September 24, 2021, President Joe Biden hosted the first Quadrilateral Security Dialogue (QUAD) summit at the White House which was attended by Narendra Modi of India, Scott Morrison of Australia and Yoshihide Suga of Japan. The QUAD leaders pledged to work towards peace and prosperity in the Indo-Pacific region. In 2011, Hillary Clinton wrote in Foreign Policy Magazine and used the term ‘Indo-Pacific’ to refer to the region that stretches from the Indian Ocean to the Pacific Ocean.

A Pax Indo-Pacific could, with time, surpass even the strength of Pax-American as it brings together four distinct states spread even across the Indo-Pacific. Although divergent in history, culture and geography. These four states are all democratic and shared freedom values.

The QUAD countries will extend beyond security to other areas as well. A White House statement on the summit notes that, “the QUAD leaders will be focused on deepening our ties and advancing practical cooperation on areas such as combatting, addressing, climate crisis, partnering on emerging technologies and cyberspace, and promotion of peace and open Indo-Pacific”. The QUAD members have taken part in joint naval exercises and stepped-up defense partnership with one another which also includes Covid-19 aid, global health, infrastructure and climate change. The question arises: Can the QUAD members get some serious concessions from China on maritime claims?

Will the QUAD become a military alliance against China? The IPR as a single anti-China front is simplistic and misleading, concealing a variety of approaches by the regional states:

First of all, India is an important member of the QUAD. Its interactions with other players will be summarized by the formula ‘convergence with many but congruence with none’. India is unlikely to join US military plans to contain China in the Pacific. India’s active involvement in the QUAD will inevitably be restricted to the empty rhetoric. In the background of growing rivalry between India and China as naval powers, it is highly required for India to make partnership within the Indo-Pacific. The QUAD is seen as a strategically important tool to safeguard land and maritime territories; deepen economic and security cooperation in the littoral states; promote collective action to deal with non-traditional security trends; work toward promoting maritime rules and norms on the country. However, expert stresses the neutrality of the Indian position, its tradition of non-alignment and desire to continue constructive dialogue within the framework of BRICK and SCO. A ruled based order is easy to agree on but much more difficult to define in detail particularly when India is dissatisfied with many aspects of the status quo that other members seek to uphold.

The next QUAD member is Australia. The purpose of its participation is to maintain the freedom of navigation and manage its growing ties with China, which has allegedly infiltrated Australia domestic politics. China is Australia’s largest trading partner. Canberra also joined the Chinese-led Regional Comprehensive Economic Partnership (RCEP), a free trade deal with 13 other Asia Pacific nations. This is indicative of the fact that Australia has desire to participate in Chinese-led trade despite concerns over its growing clout in the region. So, Canberra is unlikely to become the part of US-led military containment of China.

Tokyo’s stance on Indo-Pacific deserves special consideration. First, it was Shinzo Abe’s government that first formulated the ‘Free and Open Indo-Pacific’ strategy and Trump administration borrowed the concept. Japan has no interest in adding fuel to its already tense relations with China, which are further aggravated by US-Japan security cooperation. Nagy writes that Japan’s economic growth and regional stability in East Asia depend on China, maintaining cordial relations with Beijing. Shinzo Abe believes the QUAD can pursue its goals even without military activities. So, it is exceedingly impossible for Japan to become a part of US-led military containment of China.

Even Association of South East Asian Nations (ASEAN) is afraid of irritating China despite many overlapping interests with the west and its allies.  ASEAN alignment with Japan in the Indo-Pacific are not anti-Chinese or pro-American because ASEAN is to keep its credibility and avoid choosing between Beijing and West.

According to the Chinese Ministry of Foreign Affairs, the Indo-Pacific strategy of America is part of broader efforts to prevent China from becoming a dominant regional and global power. America is using it to contain its geopolitical rivals. The newly constructed concept of the Indo-Pacific region (IPR) is largely seen as a response by the USA and its allies to China’s growing influence in strategically important area of the Pacific and Indian Ocean.

The border of Indo-Pacific more or less encompasses the maritime agenda of the BRI. Yang Zhendeng 2019 argues that the US geopolitical goal is to control the periphery of the Eurasian continent and prevent the emergence of a country or group of countries in the region that threatens the hegemony of the United States. China prefers not to use the American term in its official documents. However, the QUAD has been unable to offer anything more substantive than looking for an alternative to BRI. China believes that the QUAD alliance is ‘doomed to fail’.

Till yet, there appears to be no interest in a military alliance at present, despite predictions that even the traditionally non-aligned movement India could be receptive to the idea if its fear of Chinese deepens. Lower-level military cooperation is frequently mentioned as an important aspect of the arrangement. The re-inclusion of Australia to the trilateral Malabar exercises between Japan, India and the US is often used as an indicator of the QUAD’s progress.

Gregory Poling, director of the Asia Maritime Transparency Initiative at the US-based Center for Strategic and International Studies said, “There is just not enough shared strategic interest or shared desire to accept risk on the military front, the way that the four different Quad members view their interests in the Indo-Pacific leads them to prioritise different areas. For instance, for the US, South China Sea and East China Sea are vital. Same goes for Japan. And for Australia, it also includes the Western Pacific. But for India, the Quad is about the Indian Ocean and South China Sea is a secondary theatre”.

Despite apparent lack of interest in a military alliance, the QUAD members are anxious about the assertive China. Their fear compels them to have a common approach on the rise of China. America’s Cold War containment policy of Russia is unlikely to work in the case of China. So, the QUAD has less chance to become an Asian NATO. 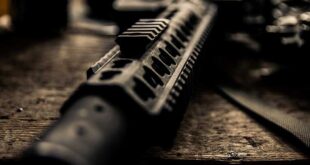