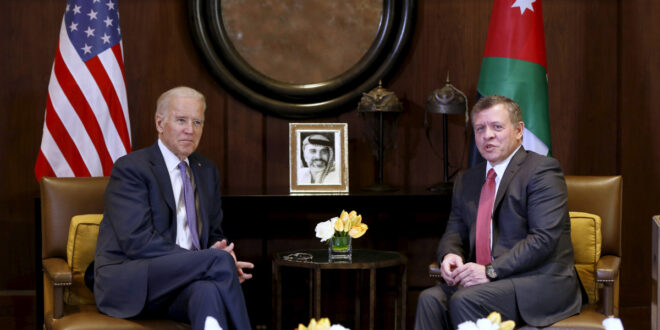 His majesty king Abdullah II’s visit to Washington and his meetings with senior American officials manifest the significance of this trip and the outcome that will affect the status quo of the Palestinian Israeli conflict, boosting Jordan’s political impact in the Middle East region as the king carries with him a number of regional files after he made some diplomatic activities prior to meeting American president Joe Biden on July 19, 2021. The king has met over the past few weeks with Palestinian, Iraqi and Egyptian leaders, which reflect that the Jordan’s diplomacy and political role is back and that the king will be playing a key role in the coming period at various levels.
The historic visit of Abdullah II, Her Majesty Queen Rania Al Abdullah and His Highness Crown Prince Al Hussein bin Abdullah II to Washington has important and symbolic connotations and denotations to defuse future tensions in the region. Many experts in the US and in the Middle East consider the visit as significant because the king will discuss with American officials the Palestinian Israeli conflict, the two-state solution, the Syrian crisis, the situations in Libya, Iraq, Lebanon and Yemen as well as the domestic economic situation in Jordan. The most important file is the Hashemite custodianship of the holy sites in Jerusalem and the return of the two-state solution talks to the front. Amongst the most important files will be the Syrian crisis, as some sources confirmed, and that Jordan will play the mediator role between the American administration and the Syrian government, especially in North Eastern parts of Syria and the provinces near Jordanian borders.
Some American scholars reiterate that King Abdullah’s diplomacy will make Jordan a key player in the region in the coming years. The king will have a number of activities and meetings including the upcoming talks with Biden, meetings with leaders of the Congress and heads of its committees, the House of Representatives and its committees before he heads to the Sun Valley to meet with investors in technological fields to create job opportunities for young Jordanians.
Biden’s meeting with the king will be the first with an Arab leader since the US president won presidential elections last November. Thus, it is substantial to realize that Jordan’s foreign policy mirrors its political leaders’ perspectives and views. The king will stress during the meetings challenges that Jordan is undergoing, and that the kingdom has always been prone to its geopolitical environment, international relations and demographic and economic conditions such as socio-economic transformations.

The king understands well the kingdom’s geography and geostrategic location, internalizing how axes and alliances function in the Middle East. Since his assumption of constitutional powers, King Abdullah II has been cementing and boosting Jordan’s political and economic relations with other countries, mainly the US and Jordan has been considered by Washington as a strategic ally, mainly in security and military matters.

Jordan’s adjacency to the Palestinian National Authority is very significant and one of the major challenges to the country’s leadership and national security. Thus, the king is working hard these days to clarify the kingdom’s stances in regards to the holy sites in East Jerusalem under Hashemite Custodianship and by resolving the status quo of the Palestinian-Israeli conflict.

Political experts believe that during the past four years, Jordan&apos;s foreign policy shifted from being competitor to being guarantor of its national interests because the whole Middle East region has been moving with a quick dynamism to cope with global changes. The king will convey this message to the American officials: Amman is doing its utmost to preserve its survival at a critical time and under very hard and challenging circumstances, not only because of the state of instability in some countries neighboring Jordan, but also because of the ongoing spillover of its natural resources and the high threats to its national security.

Jordan, as a major US ally, seeks to maximize American support and assistance to contribute to the kingdom’s recovery programs of its national economy. Washington is the main supporter of foreign aid to Jordan with billions of dollars and the recent security agreement between Jordan and the US which was signed January 31, 2021 reveals how significant Jordan is to US administration and that the kingdom’s stability is one of the priorities of Washington.

The king’s visit to the US comes in the aftermath of the Syrian presidential elections, the Iranian presidential elections, and after President Biden cancelled the so-called “Deal of the Century” which former president Donald Trump launched to resolve the Palestinian Israeli conflict. That deal has marginalized Jordan’s role in Jerusalem and promised Israelis to have control over the holy city and the holy sites.
The visit of his majesty comes after the new Israeli prime minister Naftali Bennett visited Amman on his first visit that took him outside Israel, shortly after his election. 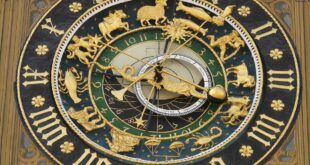 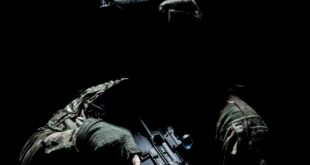