Revenge of Geography and Suez Canal, globalization and power projections under pressure! 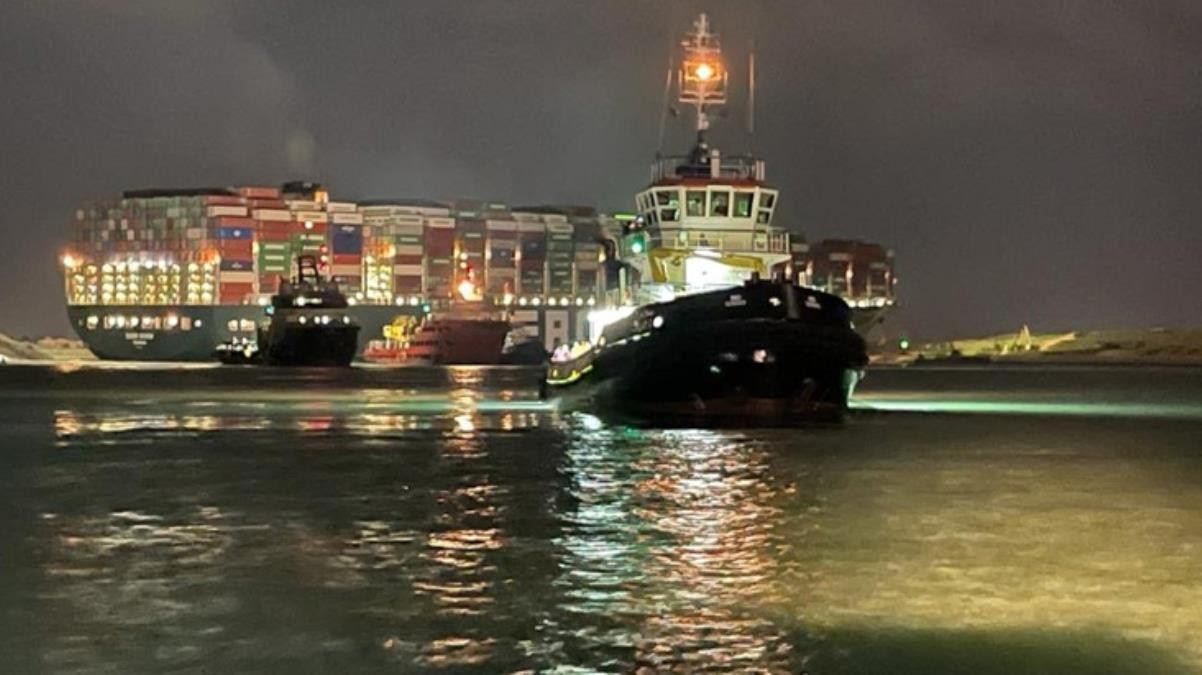 “Geography does not determine individual character, but it does matter.” – Robert D. Kaplan, Earning the Rockies: How Geography Shapes America’s Role in the World

“It is the freedom to concentrate military equipment in key locations around the world that has preserved American military might.” ― Robert D. Kaplan, The Revenge of Geography: What the Map Tells Us About Coming Conflicts and the Battle Against Fate

“As Napoleon said, to know a nation’s geography is to know its foreign policy” ― Robert D. Kaplan, The Revenge Of Geography: What the Map Tells Us About Coming Conflicts and the Battle Against Fate

At a time that the whole world is watching the ongoing desperate efforts of the Egyptian government, Suez Canal Authority and leading global maritime operators to get an enormous container vessel, Ever Given, again afloat in the Suez Canal, international trade and security is under pressure. With most analysis focusing on the global oil and gas markets, possible price hikes or shortages worldwide, and increased despair about products not being able to reach markets in Europe, Asia or Middle East, the main focus however should be on the role of international maritime choke-points on global trade, maritime security, geopolitics and globalization. Books have been written about the glory of the Suez Canal, the engineering masterpiece of the 19th Century, continuously playing a major role in the power and economic projections of former global powers, trade giants and upcoming Arab, Russian and Asian giants. The last decades, after forgetting the fact that the Suez Canal has been blocked before, not for days but years, analysts seem to have forgotten a major strategic issue “choke-points are geopolitical and strategic pivotal points on the map”. Globalization and the role of the Pax Americana, or upcoming new global alliances, led by China, India or Russia, all have to deal with what some call the “revenge of geography”. As Robert Kaplan stated in his well-known book “Revenge of Geography”, “Geography is the backdrop to human history itself. . . . A state’s position on the map is the first thing that defines it, more than its governing philosophy even.” As stated by Kaplan, the latter suggests that a state’s geographic position often influences its governing philosophy. In his book he quotes historian G. Patrick March as saying Russia’s territorial vulnerability has spawned in that country a “greater tolerance for tyranny.” Britain, on the other hand, writes Kaplan, “secure in its borders, with an oceanic orientation, could develop a democratic system ahead of its neighbors.” Kaplan’s theory however also shows that geography defines global trade or the ability of regional or global powers to project their military and economic powers. Even Daniel Yergin, one of the world’s leading energy markets and politics experts, has stated the latter again. In his latest book “The New Map”, Yergin talks about a new map for global energy, trade and power. While Yergin however takes a more traditional approach, Kaplan’s analysis hits the nail on the head. Whatever happens in politics, economics or global trade and geopolitics, geography is leading for all. 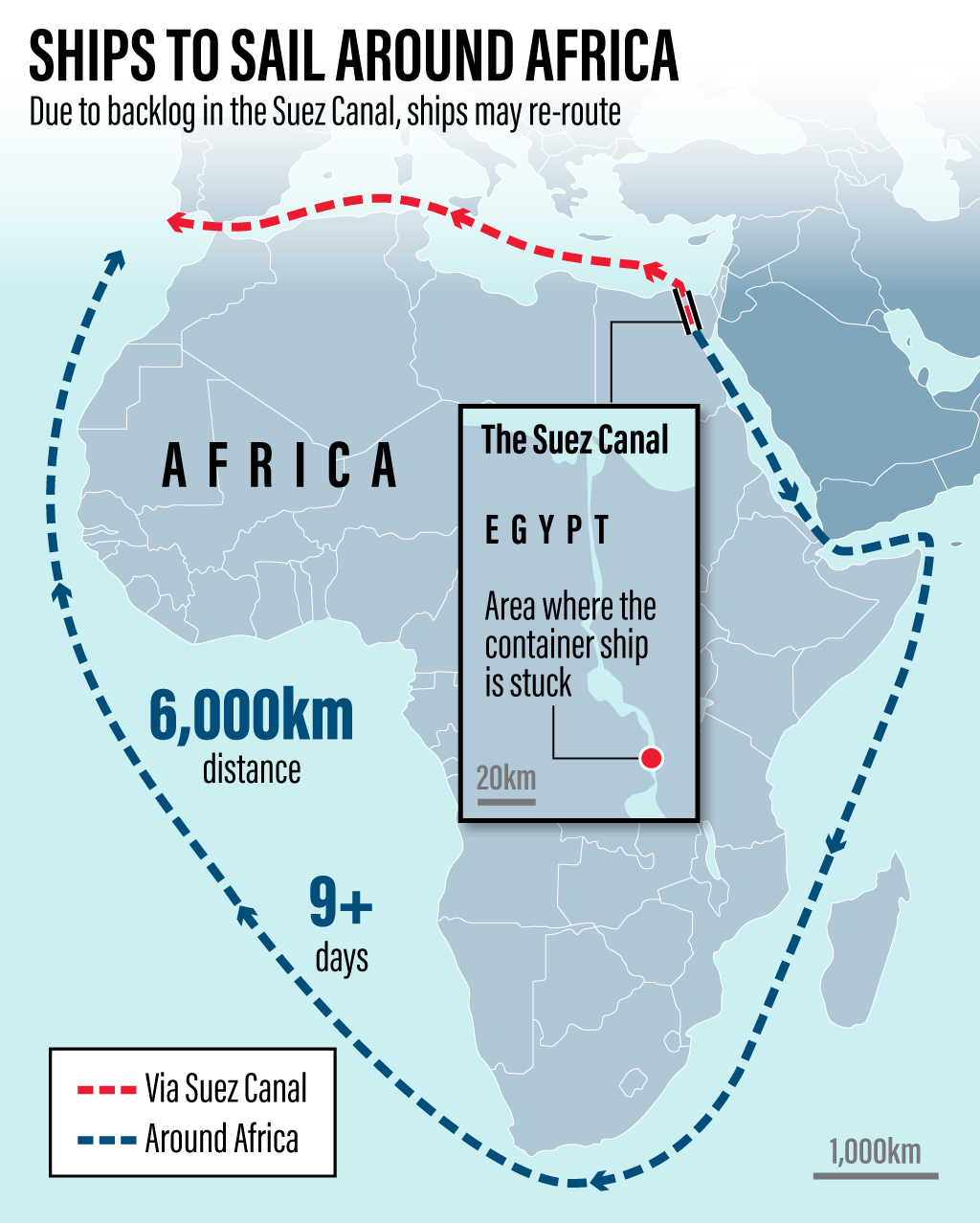 The current Suez Canal crisis shows how vulnerable global trade in general is, if we already didn’t hear the wake-up call of COVID-19 and its global ramifications. The dream of global trade, intertwining global economies and societies to a point of no-return, has been hit by reality. A simple virus, COVID-19, brought global trade to a standstill, showed the enormous lack of resilience in the system, and brought new power players to the forefront. A global lockdown, even of only several weeks in the case of China, stopped economies worldwide. The virus issue is however partly out of human hands, so people again try to forget or minimalize the total issue already. Asian emerging markets are still seen as the leading factor for needed prosperity worldwide. This week’s China-Iran deal, as part of Beijing’s OBOR approach, or statements by Saudi Arabia’s national oil company Aramco, indicating that Riyadh will be the guarantor of China’s energy needs for the coming 50 years, shows the total subjective focus on one single point on the map. Geography is currently redirecting global manufacturing, finance and even military power to an area around China.

For the rest of the world, geography has been shifting. Since the Silk Road history, known because of major trade routes and the adventures of Marco Polo, never such as dramatic change has happened. The Western World, especially European powers, are being confronted by new geographical power structures, almost all out of their political-economic and military reach. At the same time, another geographically important region in history, the Middle East, meaning the region between Europe and the East (India, China, Japan and Indonesia), also has been shifting dramatically. 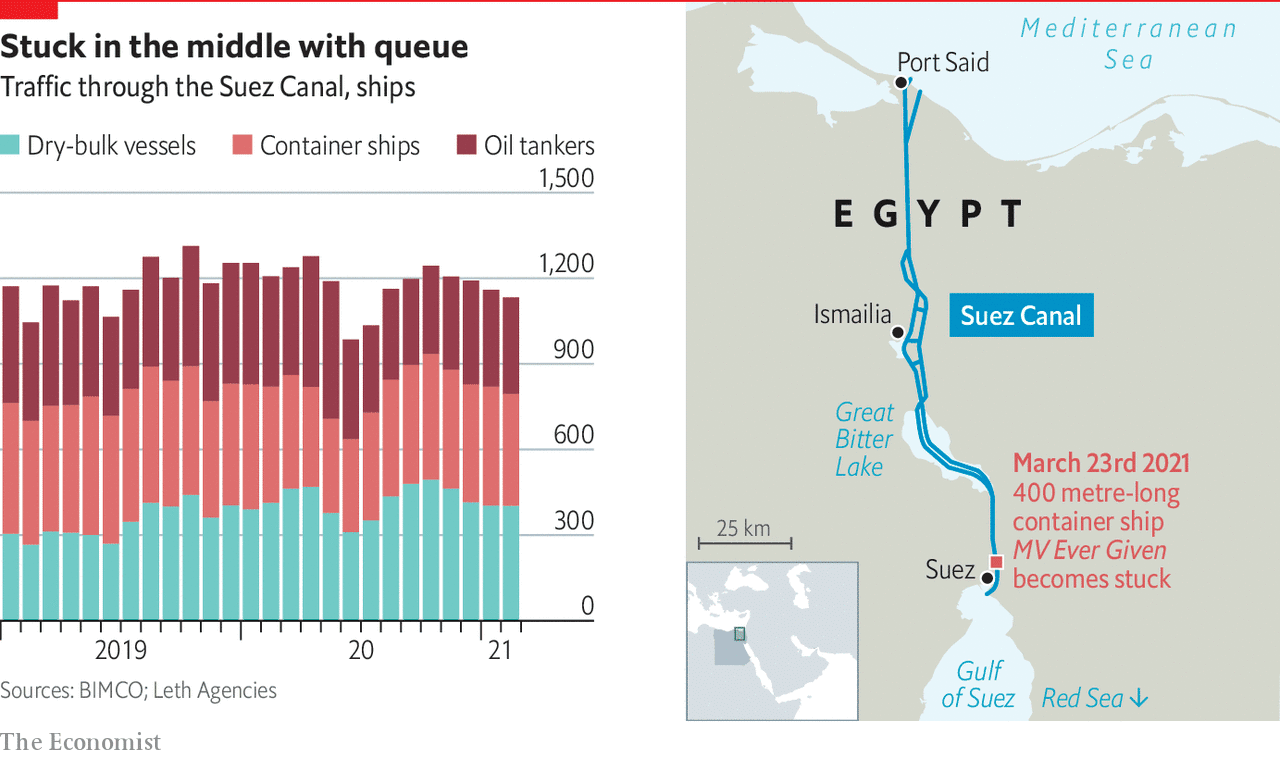 All these shifts however have been supported and pushed for without looking at the map of the world. Geographical lines or obstructions still are playing a much larger role in geopolitics and globalization than all seem to understand. Realism should be put in place to understand that world trade is not being transported via the internet, Google or other instruments. 85-90% of world trade is still linked or locked in a very traditional way of transportation, maritime vessels. The latter directly implies a major fact, maritime vessels are only able to follow geographical routes not made or decided by man but the construction of the earth. Part of these maritime routes need to follow particular routes going through the well-known chokepoints, such as Suez Canal, Strait of Hormuz, Strait of Gibraltar, Bosphorus or the Straits of Malacca. These routes are pivotal not only for trade, energy, products or food, but also for the needed security arrangements worldwide. To stabilize or influence the Persian/Arabian Gulf region, US-NATO-Russian naval forces will have to go through the Mediterranean (Gibraltar-Bosphorus), enter the Suez Canal and hit the Red Sea route. This concoction of geographical issues is not to be forgotten or taken lightly when deciding the future.

The main underlying issue at present, when looking at the Suez Canal blockade, is the fact that the Ever Given—a container ship about 1,300 feet long, which is longer than the Eiffel Tower is tall—is blocking a major global artery. As some economists, in a study last year about global shipping, stated “Egypt is the most important in terms of being pivotal and being able to affect global welfare when there’s changes to how easy it is to go through this particular node”. As the 120-mile canal through Egypt connects the Indian Ocean and the Mediterranean Sea, it is vital for ships seeking to travel between Asia and Europe without having to circumnavigate Africa in the process. Globalization has also made it necessary to manufacture and TRANSPORT goods, semi-products or hydrocarbons, as soon as possible. Based on former JIT economic approaches, most manufacturing centers and economies worldwide rely on fast and reliant supplies. The “very purpose of the canal is to shorten transportation routes for global supply chains,” says Yemisi Bolumole, an associate professor of supply-chain management at Michigan State University. About 12% of the world’s trade volume makes its way through Suez.

The current blockade will have a Tsunami effect on global trade if not assessed rightly. As maritime trade is vital for Europe and Asia, but also Middle East, a re-assessment needs to be put in place to find new options to make the whole route more resilient. At the same time, a proper and prudent assessment is needed to decide how to change current global economic production and transport in a way to counter these future risks better. A change, based on COVID-19 and Suez Canal, could or even should bring new manufacturing hubs or logistic centers in place. Without looking at the economic costs of the 2020 COVID or the current Suez Canal crisis, it is clear that globalization has been taking a risky route, without putting resilience in the system. Some quick fixes are available, for sure, such as expansion of a second canal in the Suez Canal area or putting in place a major rail/road option to assist possible container issues in future.

At the same time, global security is also under pressure at present. The Suez Canal blockade doesn’t only block the transit of commercial vessels. Analysts are still not realizing that a blockade of the Canal has negative repercussions for the operability of US-NATO naval forces, Russian and Turkish naval maneuvers or even stability of the Persian Gulf region. At present, the Suez Canal is a major strategic route for all to cooperate with Arab countries, block potential operations of Houthis, Iran or pirates in and around the Horn of Africa, Red Sea and Indian Ocean. As some even already have assessed, the Suez Canal blockade is putting maybe even more military-economic pressure on the Assad Regime than before, as the oil and fuel lifeline of the Syrian regime is blocked. Iranian oil supplies are not able to reach it on time. 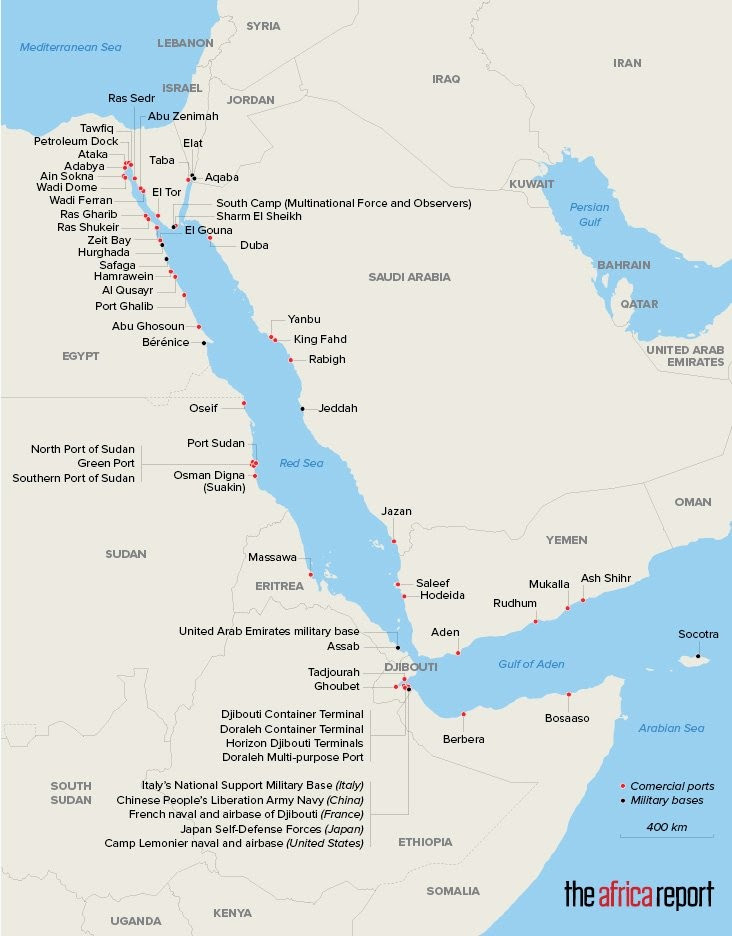 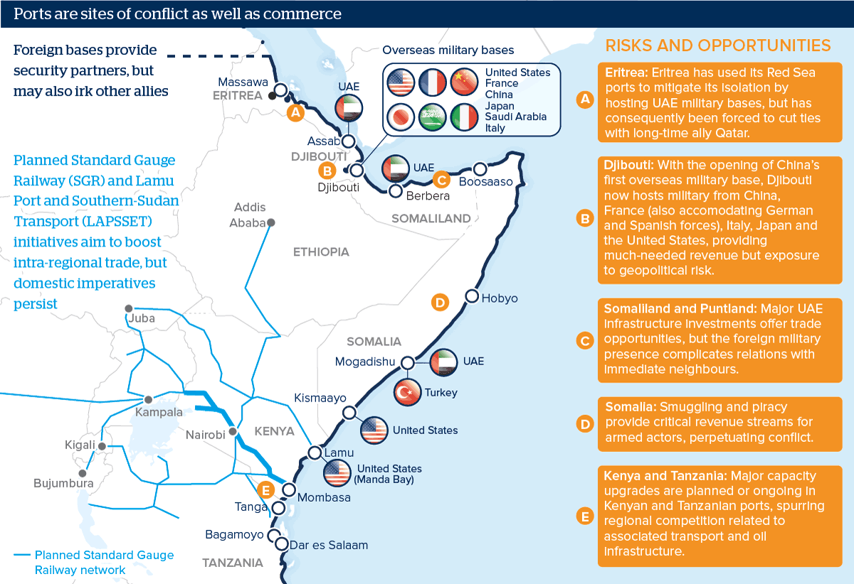 Analysts and politicians now need to start a hard-needed process of addressing the inherent economic and military risks of globalization and trade routes constrained by geographical factors. The Suez Canal is not the only choke-point of interest. In and around the current crisis, militarization of the Red Sea/Horn of Africa area, the East Med crisis, confronting Russian-Turkish and EU trade routes via the Bosphorus, or the very small route through the Strait of Gibraltar, are to be addressed. The coming days, a first assessment will be published on the Red Sea developments, as Suez and Red Sea are the main artery for EU-Asia, with or without regional crisis issues. Threats like the blockade by a commercial vessel could be seen by third parties as a quick and easy option to hit adversaries hard. The Hormuz issue is always in the media, but it seems that Suez-Red Sea is much more of importance.

2021-04-05
Editor
Share
Previous Artificial intelligence and renewable energy: the new frontiers of geopolitics during and after the pandemic
Next China and AI needs in the security field