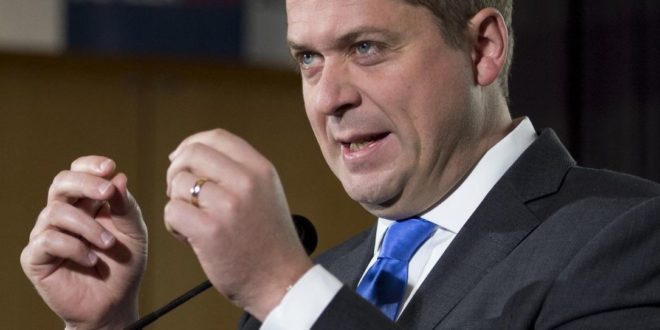 Andrew Scheer began on Saturday to lay out what he would do in the first 100 days of a Conservative government — and he pledged to pin an early bull’s-eye on what he called “frivolous spending.”

With a little over a week until election day, the Conservative leader said that, if elected prime minister, he would name a former British Columbia finance minister and a former Via Rail CEO to head a commission to review federal subsidies to corporations.

“Right now, the Liberal government gives taxpayers’ dollars to wealthy executives, shareholders and foreign companies. This is as ridiculous as it is unacceptable,” Scheer said during a campaign stop in the Vancouver suburb of Burnaby.

Scheer has pledged to slash $1.5 billion annually from what he has labelled “corporate welfare” to private-sector companies. The effort would be led by ex-B.C. finance minister Kevin Falcon and Yves Desjardins-Siciliano, formerly of Via Rail.

The spending cut would be one component of billions more in cuts — including reductions to foreign aid and public-service spending — that Scheer said would help a Conservative government balance the budget in five years.

He insisted the savings will also enable the Conservatives to lower income taxes and increase federal transfers to provinces on key services like health care, education and social programs by at least three per cent per year.

“Canadians can have confidence knowing that the federal government will continue to be a partner in ensuring that Canadians will get the services that they deserve,” he said.

The commission would recommend new performance measures for subsidies and review “innovation” programs to ensure the money targets domestic companies and sees benefits, profits and patents staying in Canada.

Scheer said Falcon and Desjardins-Siciliano bring the “right combination of experience and expertise” to the job.

As for how much the duo would be paid to lead the commission, which would report through the Finance Department, Scheer said that would be worked out after a Conservative government takes office.

Scheer made the announcement in the riding of Burnaby South, which is held by NDP Leader Jagmeet Singh and where the Conservatives have been competitive in past elections. Liberal Leader Justin Trudeau held a rally in the same riding Friday night.
Four years ago, many of the seats in southwestern B.C. saw tight finishes and the region could play a big role in the overall outcome of the election.

Scheer said he’s feeling confident about Conservative chances on election day, insisting that advance polling has been very encouraging. He also pointed a rally he headlined late Friday in Langley, B.C., which drew hundreds — possibly more than a thousand — supporters.

He was also asked Saturday how he would approach possible changes at the Bank of Canada. The incoming prime minister will have a role in appointing the central bank’s next governor in the coming months, or extend the mandate of the current head, Stephen Poloz.

“Those are things we’ll look at after the election,” said Scheer, who stood behind a podium that read: “100 day action plan.”

“We’re focused right now on earning the trust of Canadians — that’s our focus for the next nine days.”

Scheer also declined to say whether he’s open to a change in the Bank of Canada’s inflation target, which is currently set at a range of one to three per cent.

On Friday, Scheer unveiled the full Conservative platform in the Vancouver area.

It promises to balance the federal budget within five years by delaying billions of dollars’ worth of federal infrastructure spending, levying a tax on tech giants, forcing tobacco companies to pay for antismoking campaigns and finding ways to cut billions of dollars in spending.

Scheer also vowed to end what he calls “March Madness” spending in federal departments, at the end of the government’s fiscal year. Scheer said “hundreds of millions of dollars” are spent on “TVs, and phones and chairs and desks,” lest departments get their budgets cut by whatever they didn’t spend.

2019-10-13
Editor
Share
Previous The evolution of Justin Trudeau
Next Turkey’s Invasion of Kurdish-Controlled Syrian Territory Stalls as Soon as It Starts, but for How Long? 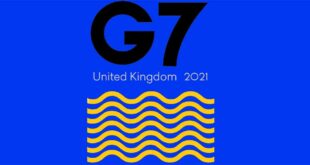