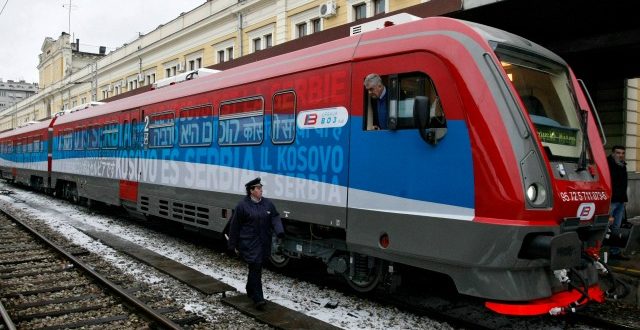 Why The Albanians Need Tensions In The Province Of Kosovo & Metohija Now?

One sharp and interesting  analysis of situation in Serbian province of Kosovo and Metohija came last week from Andrew Korybko, program host at Radio Sputnik.

Mr. Korybko speaks on how the whirlwind of geopolitics, military interests and global giants of business, as well as the change of US administration, could impact the fragile peace in Balkans and what’s behind the latest tensions:”Serbia’s NATO-occupied province of Kosovo has been up to its old tricks lately in trying to provoke Belgrade into another military confrontation conveniently timed to coincide with Trump’s inauguration.

The former so-called “Prime Minister” of Kosovo, Ramush Haradinaj, was detained in France on a Serbian arrest warrant at the beginning of the year, and although he has yet to be extradited to Belgrade to face justice for the numerous war crimes which he’s accused of committing, Serbia received reports from Western intelligence agencies that Albanian terrorists planned to seize the country’s diplomatic or consular facilities in the US or Europe.

The attackers never made good on their plans and Serbs were thankfully spared from falling victim to yet another of the many terrorist attacks that they’ve suffered throughout their history at the hands of Albanians, but they aren’t in the clear just yet. 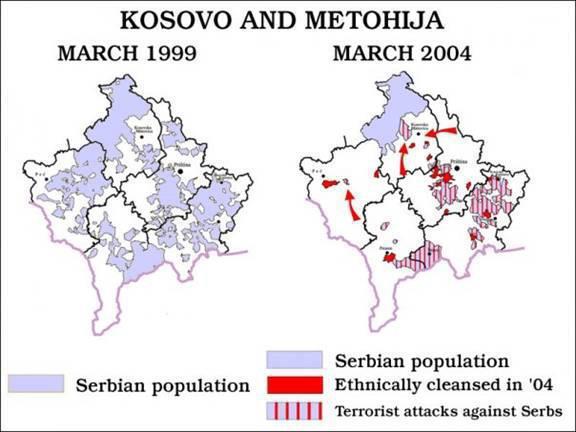 Right when it seemed like the Albanian terrorist threat was finally receding, it unexpectedly returned on the day that the first-ever train service since the end of the war was supposed to restart in taking passengers between Belgrade and Serbia’s southwestern province. The patriotic train, beautifully decorated with historic Serbian cultural symbols and bearing the popular and legally accurate inscription that “Kosovo is Serbia” in 20 different languages, was abruptly stopped right before it entered the province because of urgent intelligence reports that Albanian terrorists planned to blow up the tracks and kill all of the passengers.

Moreover, the Serbian authorities said that armed Albanians were in the province’s northern Serbian-populated territories in violation of all previous agreements, and President Nikolic warned that they planned to slaughter the native Serbs that are living there. This, he said, would result in Serbia taking military action against the deadly threats in its territory in order to safeguard its citizens.

The Albanians have always been behaving very aggressively against the Serbs, but the question on everyone’s mind is why now?

What triggered them to be even worse than usual in risking the outbreak of another Kosovo conflict?

The answer, guys, lies with Donald Trump. No, he doesn’t have anything directly to do with any of this, but the Albanians are worried that his undeclared but obviously inferred plans to reach a New Détente with Russia in the New Cold War could result in the US paying less attention to its traditional Balkan interests as part of a de-facto sphere of influence agreement with President Putin.

They’re afraid of being “sold out” by the American President, and they want to make sure that they capture his attention from the moment he takes his oath of office in order to prompt the neocon “deep state” and some of Trump’s most hardcore “advisors” and Cabinet members to pressure him into taking so-called “decisive action”, which would essentially mean unfriendly words or – God forbid – actions against Serbia which could sabotage the New Détente before it ever has a chance to happen.

Taking it even further, the Albanians hope that this will kick start the territorial rearrangement of the Balkans that former British diplomat Timothy Less has been lobbying for across the past month.

One of the many suggestions that this “deep state” activist proposed to the influential neocon Council on Foreign Relations think tank is for Greater Albania to officially swallow not only the southwestern Serbian Province of Kosovo, but even half of the Republic of Macedonia and parts of southern Montenegro, thereby following in its fascist-era footsteps from World War II, except this time, he hopes, it’ll be diplomatically recognized and enthusiastically welcomed by the United States.”

Originally published on There Must Be Justice blog site. 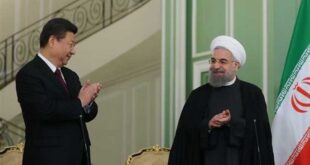 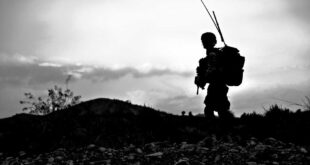