Breaking News
Home / OPINION / Analysis / What Should the Crisis inside the Muslim Brotherhood Lead To? 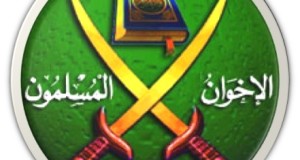 What Should the Crisis inside the Muslim Brotherhood Lead To?

The crisis inside the Muslim Brotherhood (MB) in the Middle East is deepening. It is important at this juncture to explore what would this crisis lead to. It is also important to pose the following question: The organization accumulated years of experience and showed considerable political and social energy. How could this capital, which is now diminishing fast, be used in a more constructive fashion instead of squandering it altogether? In other words, what should be the choice between the two options: 1) a continuation of pressure on the organization until it perishes or almost perishes, or 2) trying to help the group in its current search for a reformed identity and a different perception of itself and its role in order to benefit from its dynamism and experience?

There are many reasons which explain the importance of this question. One of those reasons is that a modified and reformed identity provided by the organization and coupled with its dynamism and long experience could help in providing a moderate platform for Muslim youth, provided that the reformed organization’s ideological base is transformed to a more moderate outlook.

Another reason stems from the fact that decades of absolute dictatorships in the Middle East left all grasping for any glimmer of life in the civil society. If the MB moves to a genuinely more moderate and conventional position this may open the road to a revival of civil society and social debate all the while bringing to the surface the issue of reform in theology.

But all these reasons are based on the premises that the MB would indeed be able and willing to conduct an overall “revision” of its ideological and religious perspectives. In the past, and particularly during the 70’s Egypt, the organization appeared vulnerable in the face of a wave of radicalism and was pushed gradually to a more radical position instead of solidly resisting the rise in religious Jihadism.

It is a huge mistake to assume that the organization will evaporate and completely disappear. During the 60’s, and after a violent clash with Egypt’s Nasser, there were predictions that the group has vanished. In fact, it was nowhere to be seen. Yet, 50 years later it was ruling Egypt. The current state of affairs provide an opportunity to encourage the internal debate inside the group and see that it would provide cohesive ideological and political bases for a moderate and sustainable constructive position.

The choice is simpl: Either to let the group “adapt” to its illegal status, which would eventually lead to uncontrollable results due to an uncontrollable process as we see now, or implement a plan to encourage the group to revise its ideological, political and organizational theories and move towards the status of a “normal” political party. But this entails a respect for the nation-state concept, a seriously reformed religious outlook, and a willingness to accept the principles of the separation of powers, freedom of speech and expression, the rights of minorities to live as equals in their own countries and to end the “Tamkin” principle which means gradually controlling every part of the political and social space and government institutions one after the other.

But let us start with the latest chain of bad news which have hit the Muslim Brotherhood recently and which may eventually provide fertile ground to ease the organization’s shift to a more moderate position.

In Jordan, authorities cracked down on the MB offices closing them one after the other on legal bases. While Amman vehemently denied any political motivation behind the crackdown, the move was no doubt political in nature. The crackdown is expected to continue.

The MB in Jordan has been dramatically weakened since the fall of former President Mohamed Morsi in Egypt. The repercussion of the defeat of of its mother group in Cairo has played out in Jordan and elsewhere. The revolt of Abdul Majid Al Zulaibat, the former leader of Jordan’s MB who left the organization in frustration should provide a raw example of similar revisions in the organization in other places.

In Yemen, Sheikh Abdul Majid Al Zindani of Islah party (a branch of the MB), condemned the organization’s leaders currently behind bars in Egypt. The reason of Zindani’s condemnation was the attacks waged by the MB on Saudi Arabia and King Salman after the Saudis decided to revive their relations with Egypt’s Abdel Fattah Al Sissi.

Zindani, who has strong ties with Riyadh, came strongly against the orchestrated wide scale MB campaign against the Saudi King’s visit to Cairo and his decision to provide Egypt with substantial aid. The communique of Zindani carried a direct rebuke to the Egyptian MB. “We condemn the negative stand of some Egyptian opposition groups, including the Muslim Brotherhood, on the rapprochement between the Kingdom of Saudi Arabia and Egypt”, the communique said.

The shift in the Saudi position on Sissi is indeed noticeable. It is obviously based on strategic calculations but was enhanced strongly by the MB attacks on the new page of Riyadh-Cairo ties. The MB’s call for public protests in the streets of Egypt to prevent what it described as the surrender of Egyptian land to the Saudis angered Riyadh and brought to the surface propositions to crackdown on MB supporters in Saudi Arabia as well.

In fact, the position of the MB on two the Red Sea islands that Egypt conceded to the Saudis reflects in clearer terms the current crisis of the organization. While it cannot risk to appear silent when the Egyptians were protesting against the decision, it does not believe intrinsically the term “national sovereignty” upon which Egyptian protesters based their objection to Sissi’s decision. Furthermore, if the MB would have participated in the protest against their arch enemy, Abdel Fattah Al Sissi, they would obviously anger Riyadh.

The group chose to attack the decision on the social media and to rally few protesters to demonstrate only in the night. If it were to decide not to demonstrate at all, it would have angered profoundly its bases in Egypt. If it were to decide to openly and forcefully rally its supporters in public protests, it would have angered the Saudis even more. The “night option” seemed to provide a compromise. Yet, it angered the protesting Egyptian youth and the Saudis anyway.

Saudi Arabia’s position on the group counts greatly. The Kingdom was considered, since the 60’s, the strategic depth of the organization. The change in the policy of the Kingdom is an additional reason to add to the mix that puts the MB in one of its lowest point in decades.

In Egypt, it has been leaked from prisons that there is indeed a wide scale debate among imprisoned members of the MB to explore potentials for a public “self-criticism” and a general revision of the foundations of the organization’s political theory.

The MB has one of three possible paths to take: 1) To remain as is defending its mistakes and even denying that they are mistakes to start with. A modified version of this choice is to express superficial admission of earlier mistakes but preserve their original conceptual sources and ideological bases. 2) To shift to a “Dawa’a” (call) organization spreading the teachings of Islam and abandoning any political role whatsoever. 3) To turn the organization around and convert it to a civilian political party which will require a very deep ideological revision rejecting the teachings of Sayed Qutb and the traditional adherence to the concept of Caliphate.

The central issue in the revision is the doctrine of “Al Hakemiyah Lelah” or “Governance is God’s”, which posits the organization as the official representatives of the Word of God and legitimize their quest to rule as the implementers of this Word and the negation of all other political forces which, in this case, would be standing in different spots than that of the creator. A whole body of theological and ideological concepts form the traditional view of the group to itself and its role needs to be foundationally revised and modified to bring about a normal modern times political party synonymous, say, to the Christian Democrats, as some members in the MB once said, all the while preserving its religious outlook.

It would be a positive step in the historic trajectory of the organization if it could use the moment, bad as it is, to locate the real source of its opportunistic stand during, and following, Egypt’s 2011 revolt, its acceptance of dropping many barriers between its positions and more radical Jihadists in Libya, its double-faced political speech, its resort to low level violence in certain cases, its inability to develop a cohesive political strategy, its totalitarian political theory and all the mistakes which tell us that that the problem is in fact deeper than a bunch of old traditional leaders with limited vision.

And it is in the interest of all parties to encourage the organization to revise its foundations in its current search for the real reasons of its tragic fall.

2016-04-28
Editor
Share
Previous The Fascism-Industrial Complex: How Xenophobia & Nationalism Lead To War & Terror
Next The Balkans Suffer for the EU’s Refugee Mistakes 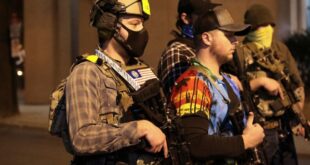 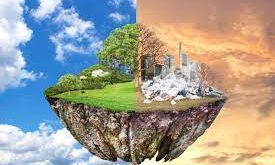