The Russian president announced a special operation in Ukraine on 24 February citing the continuing shelling of Donbass by Kiev’s forces, and the need to… 05.03.2022, Sputnik International 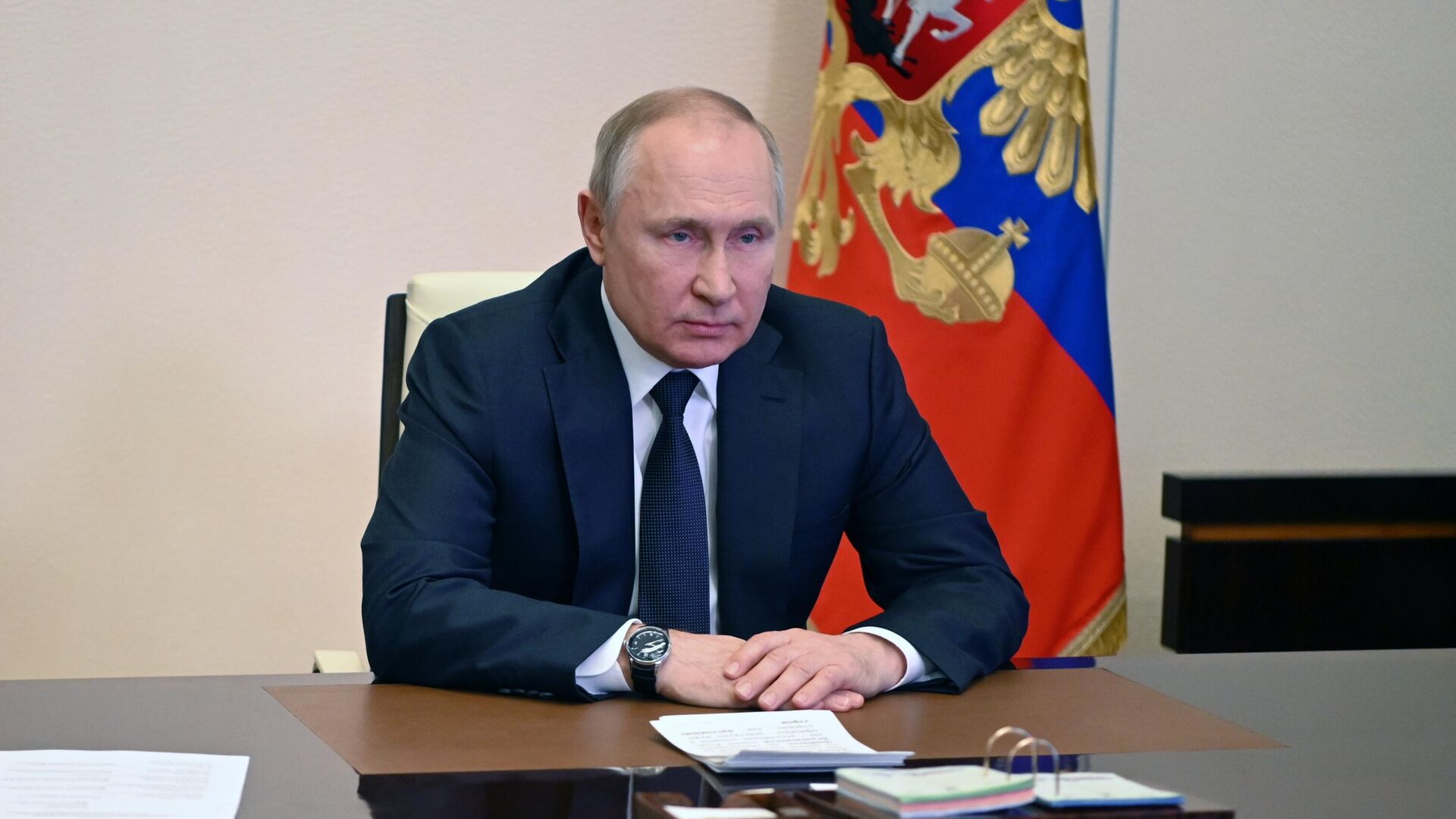 Russian President Vladimir Putin has said that the decision to start the special operation in Ukraine was not an easy one, but stressed that Moscow tried to resolve the Donbass conflict peacefully. He said that Kiev should have allowed the people of Donbass to speak Russian freely and live according to their own wishes, but instead Ukrainian authorities organised a blockade of the region.
The president further said that Russia has detected the emergence of fighters from the Middle East in Ukraine, who try to use “Jihadi-cars” rigged with explosives to attack the Russian military. So far, these attacks have been unsuccessful, he added. The president stressed that so far, the operation has gone as planned.
“I presume that our army will solve all the tasks facing it. I don’t doubt it for a second. The entire course of the operation proves it – everything is going according to plan, according to schedule. […] the first thing they did was to destroy the entire military infrastructure, well not all, but partially. Mainly those were warehouses with weapons, ammunition, aviation, air defence systems”, Putin said.
Putin also elaborated on one of the special operation’s goals – the de-Nazification of Ukraine. He explained that while nationalists can be found in numerous countries, even in Russia, only in Ukraine were they allowed to publicly express their views and only there were they backed at the government level.
“Do you see thousands of people walking around capitals with torches? […] Do you see people [marching] with swastikas and with these torches like it’s Germany in the 1930s? Do we support those who killed Russians, Jews, even the same Poles in the [Second World] war? Do we make heroes out of them? But [in Ukraine] they do and [these people] are supported”, Putin said.

On West’s Sanctions and Readiness of Russia’s Deterrence Forces

The president went on to comment on the West’s response to the special operation, which they call an “invasion”, saying that the countries’ decision to implement anti-Russia sanctions was “akin to a declaration of war”.
“A lot of what is happening, from what we are now seeing and what we are facing, is certainly a way to fight against Russia”, Putin said.
Putin noted that despite it, no martial law or a state of emergency will be introduced in Russia. He added that martial law can only be introduced in the event of an extraordinary external threat, none of which has materialised so far. The president revealed, however, that Russian deterrence forces were put on high alert after the UK foreign secretary said that NATO was “involved” in the Ukraine conflict.
The president stressed that the implementation of a no-fly zone above Ukraine by any country will be viewed by Russia as participation in the conflict. Earlier, the US and other NATO countries repeatedly rejected requests by Ukrainian President Volodymyr Zelensky to introduce such a zone, citing that it would likely provoke a war between the bloc and Russia.
The special operation was launched by Putin on 24 February with the goals to demilitarise and de-Nazify Ukraine. The president said that Russia was left with no other option but to act after Kiev failed to implement the Minsk agreements over the course of eight years and systematically tried to scrap them.
2022-03-05
Editor
Share
Previous Why West brings up the old Afghan scenario to confront Russia in Ukraine
Next Political Observers: NATO’s Non-Stop Eastward Expansion Forced Russia to Start Spec Op in Ukraine