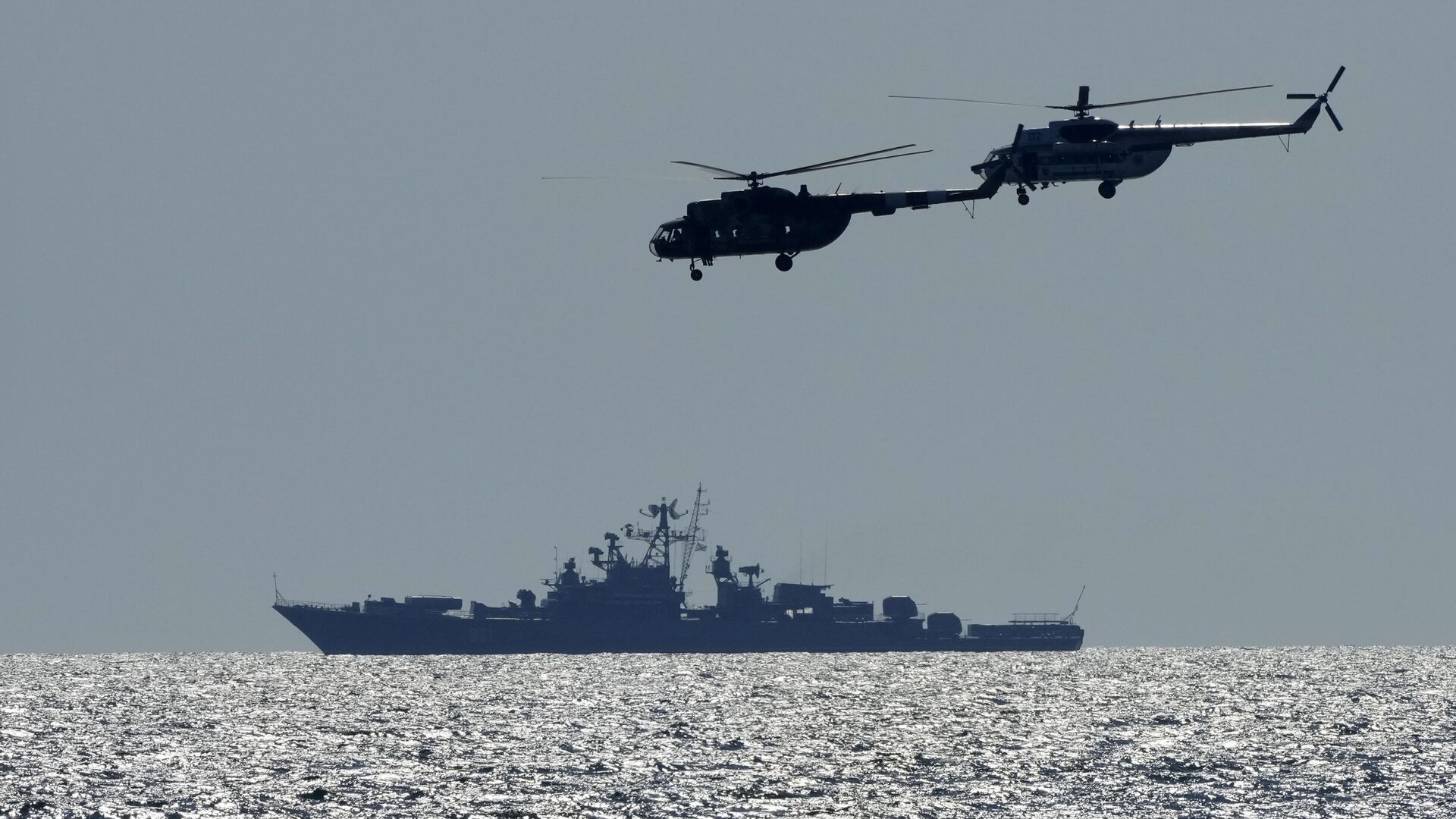 “On the eve of the start of the operation, the Western media pushed the narrative of the Russian Army’s allegedly unreasonable concentration on the border [with Ukraine]. Meanwhile, in previous years, NATO, under the pretext of exercises, sent a large number of troops to the Russian borders from the Baltic to the Black Sea. These exercises posed a threat to Russia. Shortly before the start of the Russian special operation, the Ukrainian Army began massive artillery shelling of Donbass”, says Hasan Erel, political observer and former editor at the Turkish Radio and Television Corporation (TRT).

In November 2021, the narrative got its second breath with Bloomberg claiming that the US had intelligence of Russia’s alleged offensive against Ukraine, admitting at the same time that it wasn’t clear whether Moscow would really invade. Under the pretext of an apparent “invasion”, the US and its NATO allies stepped up deliveries of lethal weapons to Ukraine while thousands of NATO troops were sent to Eastern European NATO member states to “deter” Russia. 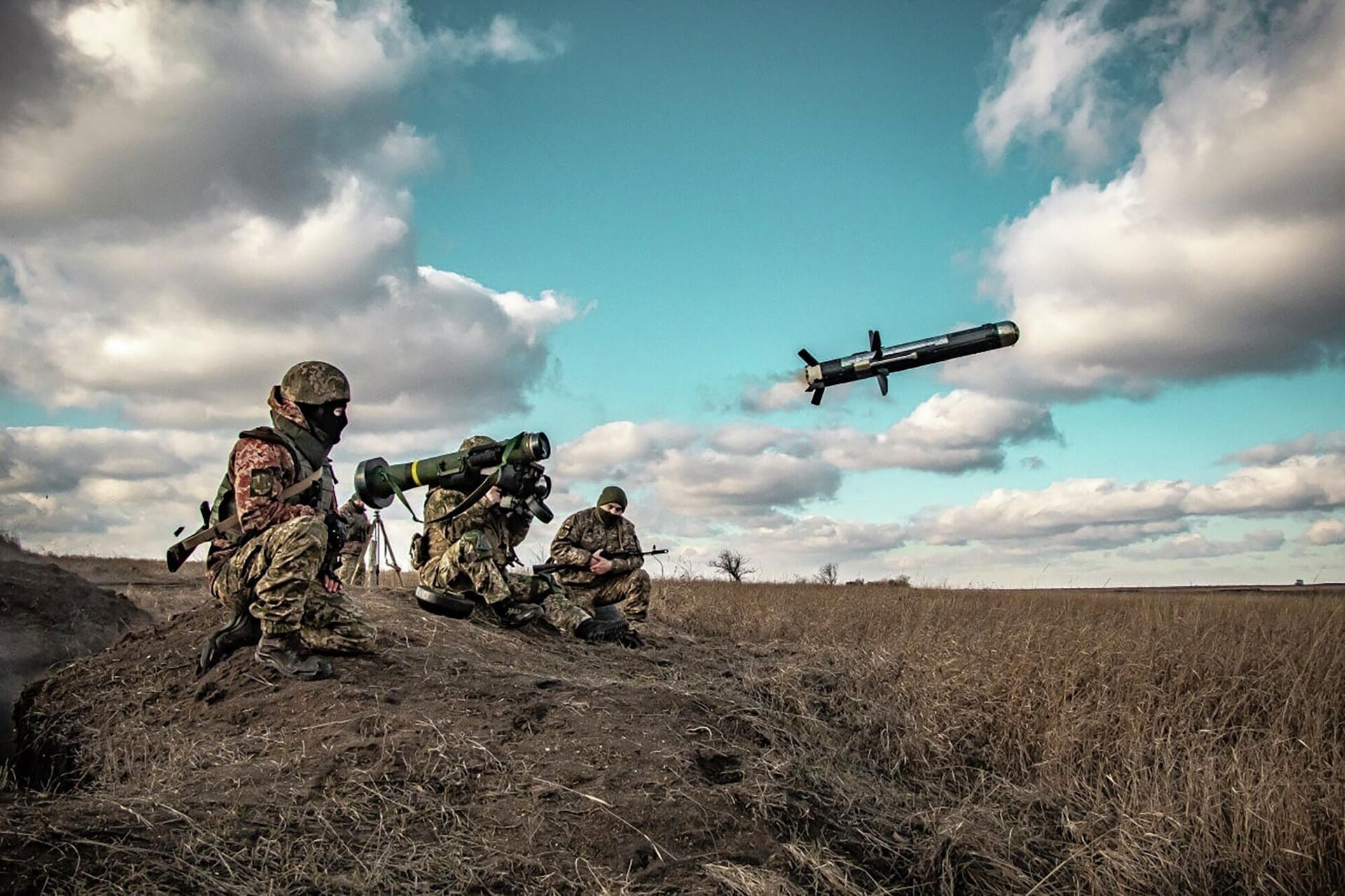 In this image released by the Ukrainian Defence Ministry Press Service, Ukrainian soldiers use a launcher with US Javelin missiles during military exercises in the Donetsk Region, Thursday, Dec. 23, 2021.

Meanwhile, the Ukrainian Army had amassed a large contingent along the line of contact with Donbass as well as heavy weaponry prohibited under the Minsk agreements. On 26 October 2021, the Ukrainian Army used a Turkish Bayraktar drone for the first time against the Donbass self-defence forces. By December 2021, Kiev had concentrated around 125,000 troops near the breakaway Donetsk and Lugansk People’s Republics, and gradually intensified shelling of the region.

While Ukraine’s military buildup was going on, Russia in mid-December 2021 sent draft security agreements to Washington and NATO which envisaged the alliance’s non-expansion, Ukraine’s non-admission into the military bloc, non-deployment of offensive weapons systems near Russia’s borders, and the return of the bloc’s European capabilities and infrastructure to 1997 levels. Moscow warned Western states that if its proposals were dismissed, a military-technical option was also on the table.

However, Russia’s key security proposals were dismissed by the US, NATO, and the EU in late January 2022. In early February, the Ukrainian government made it clear that it would not engage in direct negotiations with the leadership of the Donetsk and Lugansk republics, thus upending the process which Kiev had already snubbed for almost eight years.

“The West refused to provide written guarantees to Russia that Ukraine and Georgia would not be admitted to NATO”, says Hasan Erel. “In addition, heavy missile systems were [earlier] deployed on the territory of Poland, Romania, Greece and the Baltic states. Thus, the expansion of NATO – which is at the same time the encirclement of Russia – passed into a stage in Ukraine which was unacceptable to Moscow. If Ukraine were to become a member of NATO, Russia would find itself face to face with a missile threat from the alliance. In addition, the Minsk negotiation process was actually frozen by the Ukrainian side. As a result, Russia was forced to launch a special operation in Ukraine”. 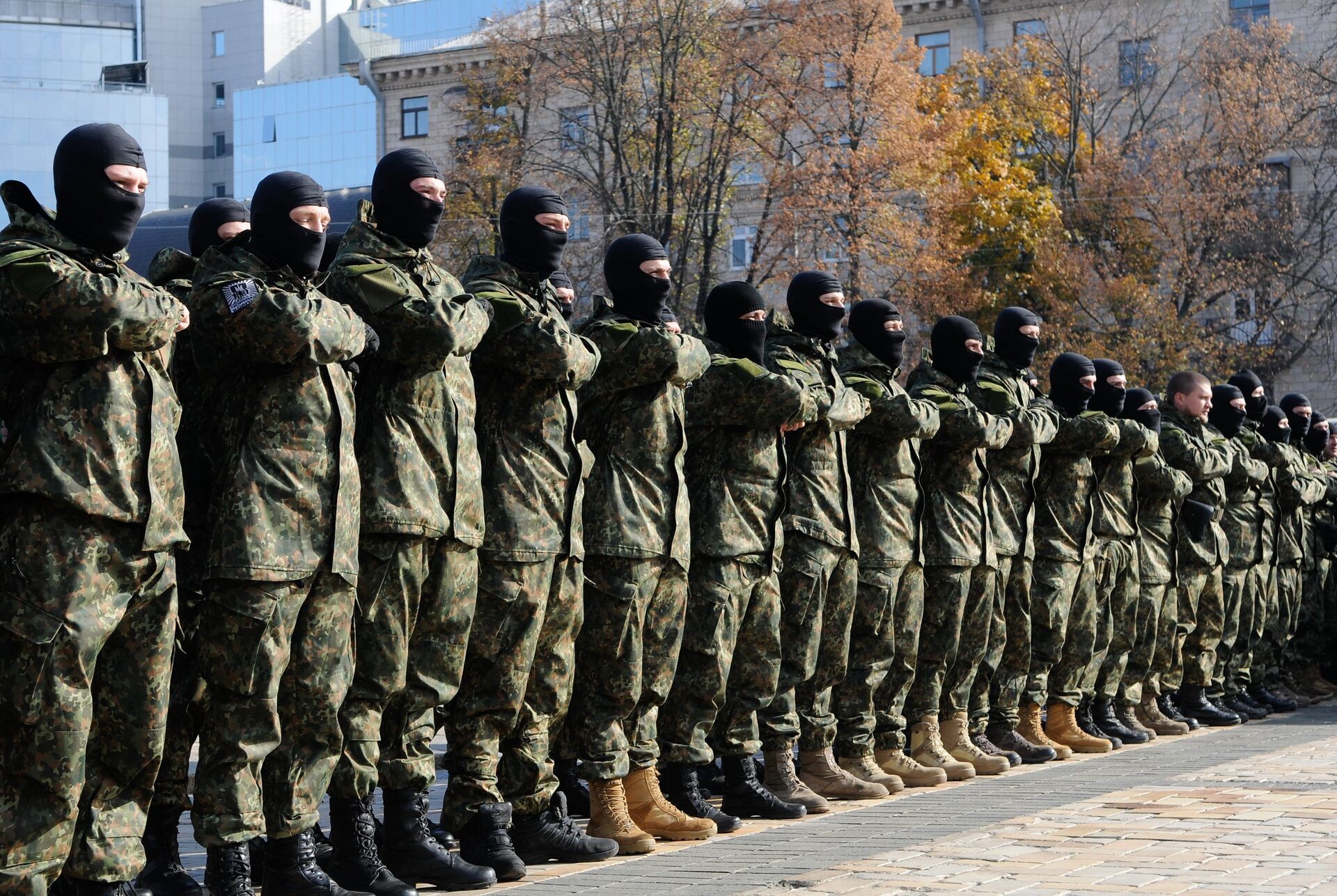 Hotbed of Instability in Ukraine

De facto, the US and its NATO allies have intentionally created a hotbed of instability in Ukraine and provoked a military conflict by encouraging Kiev not to implement the Minsk Agreements and providing training to the Ukrainian neo-Nazi battalion Azov and radical nationalist groups, according to Erel.

Furthermore, under Ukrainian President Volodymyr Zelensky, Dmitry Yarosh, Ukrainian ultra-nationalist and ex-Right Sector leader, was appointed chief adviser to the Armed Forces of Ukraine in November 2021. The Right Sector was established in 2013 as an umbrella organization for a whole set of nationalist and neo-Nazi groups, including the Patriots of Ukraine, Trizub, SNA, UNA-UNSO, and White Hammer. 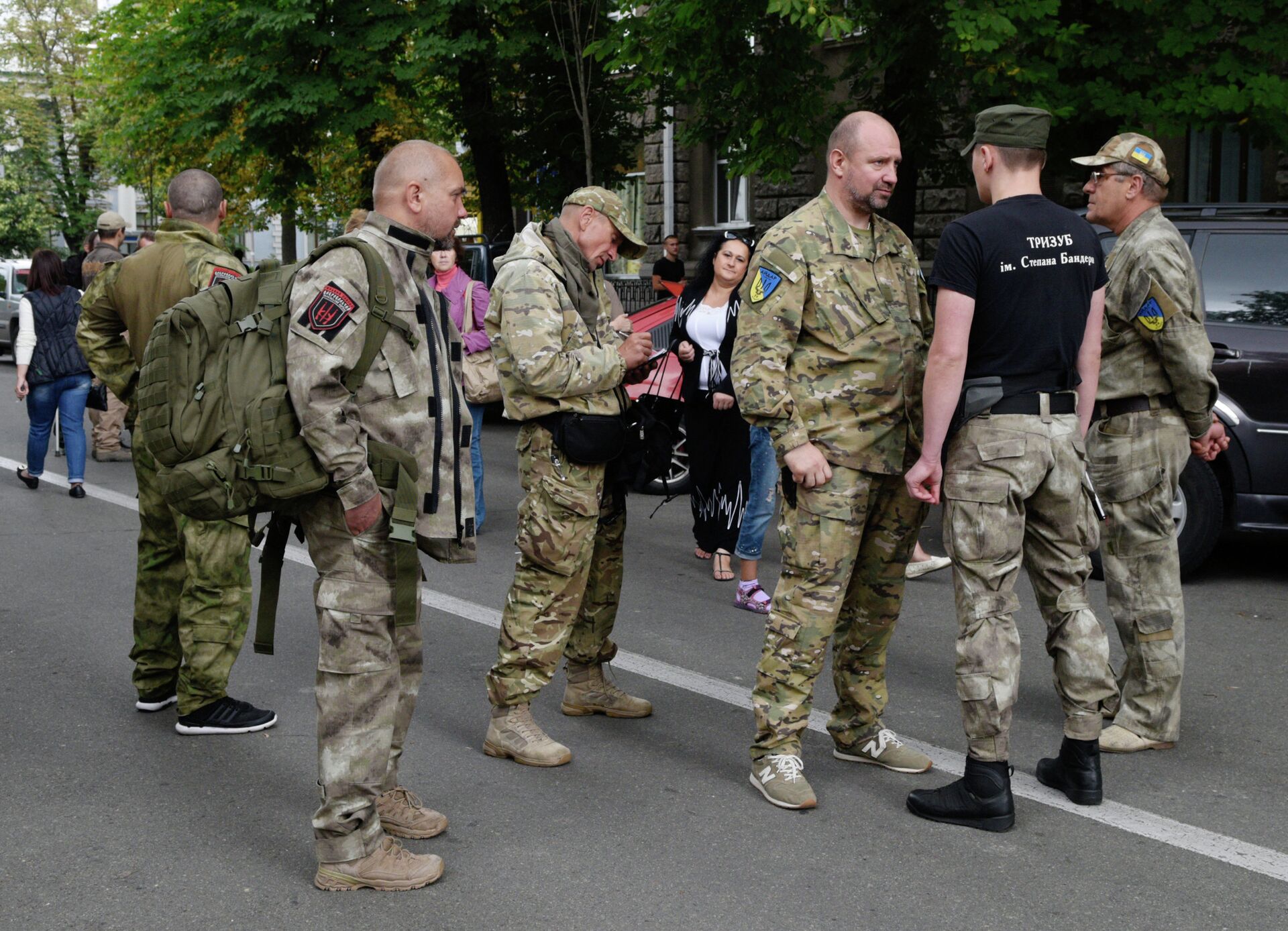 “President [Volodymyr] Zelensky demonstrates dependence on the United States in every step he takes. It was he who, in fact, threw his country under the bus”, says the Turkish political observer. “[Still] the responsibility for this process lies entirely with the United States. They are trying to use this process to change the government in Russia. However, this time they face not Libya, Syria or Yugoslavia, but a powerful state with a nuclear potential”.

Russia’s ongoing special operation in Ukraine shouldn’t be ripped out of the context of NATO’s post-Cold War expansion, according to Turkish journalist Alptekin Dursunoglu.

“NATO was founded to counter the Soviet threat, but since the [USSR’s collapse in the] 1990s, the alliance not only shrugged the idea of self-liquidation, but instead continued to actively and systematically expand towards Russia”, says Dursunoglu. “This is a hostile and aggressive approach. And it’s absolutely natural that Russia has taken its own measures to protect itself from this aggression”.

If one takes a look at the countries of Latin America, one would see that the US has openly tried to asphyxiate Cuba and Venezuela, according to the Turkish journalist. The US is not only financially supporting opponents of the sitting governments, it is carrying out regime change operations, resorting to outright invasions and assassination attempts, he notes.

“In this situation, they are trying to create a front in Ukraine, bordering Russia, and at the same time they accuse Russia, which seeks to protect itself, of actions contrary to international law”, Dursunoglu concludes, denouncing Washington’s double-standard approach. “This is completely unacceptable”.

2022-03-05
Editor
Share
Previous Putin: Anti-Russia Sanctions Akin to Declaration of War
Next Shadow Wars: The Need for Oversight of Covert Action in the Modern World