Earlier this week, Indian defence scientists had successfully tested guided a Pinaka rocket, a weapon system designed to conduct precise strikes at distances of up to 90 kilometres.

Days after arch-rival Pakistan successfully test fired new smart air-to-surface munitions, India has successfully test fired a domestically-developed, low weight, fire-and-forget Man Portable Anti-Tank Guided Missile (MPATGM) in the desert in Rajasthan near its border with Pakistan. This was a twin test; the first test was conducted on Wednesday.

“The MPATGM incorporates advanced features including a state-of-the-art Imaging Infrared Radar (IIR) Seeker with integrated avionics. The missiles hit the designated targets precisely, at different ranges. All the mission objectives have been met,” a statement issued by the Indian Defence Ministry read. 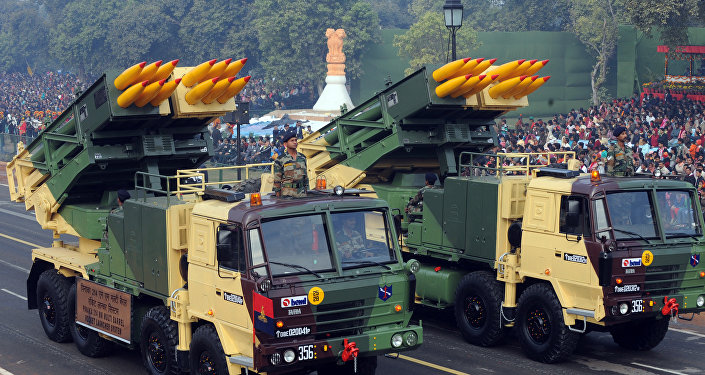 Earlier this week, Indian defence scientists had also successfully test fired a guided Pinaka rocket, meant to do precision strikes at ranges of up to 90 kilometres.Fitted with a high-explosive anti-tank (HEAT) warhead, the MPATGM can precisely hit any target within a 2.5-kilometre radius. Last year, state-owned Bharat Dynamics Limited (BDL) had inaugurated a production facility for manufacturing the MPATGM at Bhanur and mass production of the missile is expected to begin in 2021.

Last year, the Indian government had scrapped a $500 million deal for the Israeli Spike-MR, and had decided to go ahead with producing its own MPATGM instead. The decision was made despite the fact that Indian army headquarters had underscored the operational urgency of the equipment, arguing that the Spike would give “a major capability impetus” to troops deployed along the Line of Control (LC), especially in the current operational scenario. In the scrapped deal, the American Javelin had lost out to the Israeli Spike-MR.