Saudi Arabia, one year after king Salman acceded to the throne and 9-months after appointing his favourite – young and inexperienced – son, Mohammed bin Salman (MbS) Deputy Crown Prince (DCP), is grappling with not merely an increasingly relentless power struggle, compounded by an unprecedented devastating plunge in oil prices,  but far more ominously the ruinous implications of a highly aggressive foreign policy that has ultimately led to a full-blown costly yet futile war against the Houthi-rebels in Yemen, and has increasingly fuelled proxy sectarian wars in Syria, Iraq and Lebanon.

The Saudi regime has made no secret that the overarching goal of its newly adopted muscular foreign policy, which is aggressively spearheaded by MbS, is to counter what it perceives as Iran’s growing yet highly perilous influence. Surprisingly, however, the German Foreign Intelligence BND publically acknowledged, on Dec 2, that Saudi Arabia at the behest of MbS – who is frantically accumulating more powers as he resolutely strives to become the next King – is increasingly shifting to an impulsive and interventionist foreign policy, swiftly turning Riyadh into a major destabilising force in the Middle East. Amid the mounting fear of further terrorist atrocities in European cities by ISIL, following the Nov 13 Paris terrorist attacks, the German Vice-Chancellor Sigmar Gabriel, on Dec 6, scathingly scolded the Saudi regime for funding extremists in the West and around the world by building and funding radical Wahhabi Mosques.

The Head of the SPD group in the German Parliament Thomas Oppermann, went even further, forcefully emphasizing that Wahhabism the formal religion of Saudi Arabia has offered a comprehensive ideology for ISIL and Al Qiada. Although the German Government rapidly scrambled to distance itself from the report, however, the BND’s assessment has unquestionably gained added weight by MbS’s highly impulsive declaration, on Dec 15, of forming a 34-nation anti-terror Islamic military coalition – which strikingly resembles the Saudi-led Arab coalition in Yemen in terms of its starkly anti-Shia sectarian nature and the way it was introduced by MbS in March 2015 – without consulting the overwhelming majority of countries mentioned. MbS’s highly controversial declaration came, a day after Obama’s call – at the U.S. National Security Council – on Saudi Arabia to focus more on confronting ISIL rather than on Yemen.

Saudi Arabia ushered out 2015 with 157 executions, breaking all records since 1995. It herald the beginning of 2016 by executing a record number of 47 people, sending out a chillingly barbarous message to the people of Saudi Arabia: All those who dare to defy, oppose or merely demand an end to Riyadh’s medieval dictatorship, whether through terrorism like Al Qaida and ISIL or via peaceful nonviolent protests like Shiekh Nimr Baquer Al-Nimr – who was undeniably the driving force behind the 2011 popular uprising, clamouring for democracy and an end to virulently sectarian discrimination against the Shia – would beyond doubt have their heads chopped off and their dead bodies crucified as they would at the hands of ISIL.  But, even more menacingly is the inescapable reality that such monstrous punishments are issued, in both Saudi Arabia and under ISIL rule, by religious courts adhering to the extremist hard-line Wahhabi Salafi idiology, propagated and exported by Saudi Arabia’s government-funded Wahhabi Salafi Religious Establishment.

The Saudi regime’s highly unusual step of executing a prominent religious leader like Al-Nimr was deliberately intended to spark spontaneous outrage and thereby provoke an uncalculated retaliation, from above all Iran. Hence, effectively turning Riyadh into the main victim of the crisis. As such, the storming of the Saudi embassy in Tehran was music to the Saudi ears, prompting it, on Jan 3, to cut off not only diplomatic and economic ties, but more significantly to the Saudi regime, preventing its Shia citizens from travelling to Iran.

As Salman acceded to the throne, on Jan 23, after the death of his half-brother King Abdullah, he swiftly scrambled to shore up his position by:

First, ripping the power base of Abdullah’s son – Metab – apart by dismissing his father’s chief of the Royal Court and his two brothers.

Second, elevating Muqrin from DCP to Crown Prince (CP), despite his knowledge that Muqrin was specifically appointed DCP by Abdullah to ensure that he returns the throne to Metab. In essence, Salman’s decision was driven by fear that ousting Muqrin would rock the boat.

Third, securing the internal front while also appeasing the U.S. by determining that Mohammed bin Nayef ( MbN ), who is the Interior Minister and also considered U.S.’s most trusted ally, should be the first among the Grandsons of Abdulaziz – usually called Ibn Saud – in line to the throne. Fourth, bolstering his young son’s MbS power, by appointing him Defence Minister and Head of the Economic and Development Council.

But as It became increasingly evident that the war unleashed by MbS, in Mar 2015, in Yemen, which was partly aimed at rapidly propelling him to prominence, was a spectacular failure, and amid MbS’s profound worries that his father’s – who is in poor health – death would terminate his ambitions. Consequently, on Apr 29, Salman ousted Muqrin, while promoting MbN to become CP and defiantly promoting MbS to DCP. Yet, paradoxically, Salman’s move has not only irrefutably amplified MbS’s vulnerability by practically demonstrating that a new king does not have to stick with his predecessor’s choice of DCP, but far more critically, deepening the distrust between MbS and MbN and thereby injecting new urgency to MbS’s strenuous drive to dislodge MbN.

And although Salman’s highly divisive declaration  infuriated the royal family, it was however incontestably, his first formal visit, in early Sept 2015, to the U.S. accompanied by his son MbS – who was fervently welcomed by Obama and top U.S. officials – that pushed the long-simmering power struggle to perilously destabilising levels, prompting senior members of the royal family, on Sept 28, to uncharacteristically throw caution to the wind, forcefully calling for a palace coup to depose Salman, MbN and MbS. To make matters worse, this coincided with a double disaster at Mecca, essentially exacerbating an increasingly pervading atmosphere of an inherently incompetent leadership that is conspicuously incapable of adequately managing the hajj pilgrimage, from which it draws its ultimate legitimacy in leading the Islamic world.

Riyadh’s decision to push the sectarian tension to boiling point was internally intended to: First, stave off an internal uprising in the Sunni heartland by trumpeting the patently deceitful myth that Saudi Arabia is still the guardian of Sunni Islam and above all, is heavily engaged in combating an existential threat posed by the Shia, namely Iran. Second, with tumbling oil prices and an unimaginable budget deficit, compelling Riyadh to raise taxes and also to compensate for its inability to rely heavily – as both King Abdullah during the Arab Spring and King Salman when acceding to the throne – on its most potent weapon to head off and curb popular dissent: vast oil revenue. Third, lending credence to its claims of facing an immensely serious national security threat, enabling Salman and MbS to call into question the very patriotism of those challenging their authority and therefore severely undermine the growing campaign, spearheaded by senior members of the younger generation of the royal family, to replace Salman with his full Sudairi brother, 73-years-old Ahmed.

While externally Riyadh aimed to: First, sabotage, or at the very least, discredit the Nuclear deal signed, on Jul 14, between Iran and the P 5+1, – which Riyadh has tenaciously resisted every inch of the way, insisting that the U.S.’s overriding priority should persistently be isolating and containing Iran – by practically highlighting to the U.S. and its allies that Iran is utterly unreliable. Indeed, the lifting of sanctions imposed on Iran, on Jan 16, was by far the most devastating blow to the Saudi regime. But, to add insult to injury, even Riyadh’s staunchest allies in the GCC -except Bahrain which was invaded and still occupied by Saudi Arabia since the Arab Spring – and among Arab countries – except Sudan and Jeboty– have fiercely resisted severing diplomatic ties. Second, resurrect MbS’s 34-nation Islamic alliance – which has so far failed to materialise – and also reviving MbS’s faltering Arab alliance in Yemen, by employing the highly incendiary sectarian confrontation as the perfect pretext to rally sectarian support for such emphatically anti-Shia coalitions. Third, critically undermine the painstakingly negotiated Russian-U.S. roadmap, unanimously endorsed, on Dec 18, by UN-Security Council resolution number 2254, explicitly stressing that Syria’s president Bashar Al Assad’s future must be exclusively decided by the Syrian people.

In the eyes of Riyadh this clearly marked a severe blow to its implacable campaign to topple Assad. Riyadh’s invitation to Syrian opposition groups, on Dec 8, was designed to thwart resolution 2254, by signalling that it is the one calling the shots by forming, monopolising and incorporating representatives of terrorist organisations within the opposition’s negotiating team. Indeed, Riyadh has consistently been blaming Obama’s administration for its indecisive leadership while also furiously lashing out against the highly effective Russian air-campaign backed up by unflinching Iranian support, which has decisively turned the tide against terrorist organisations like ISIL, JN, Ahrar Al Sham and Jaish Al Islam, all of which have shamelessly been armed and financed by Saudi Arabia, according to U.S. Vice President Joe Biden’s assertion, in Oct 2014.

As ISIL dramatically broadens its strategy from being a regional to an increasingly international threat, targeting US and western citizens around the world. It is high time for the American people to cast their decisive vote on whether the best way of promoting U.S.’s interests is by covering up Saudi Arabia’s abhorrent record of escalating human rights violations, of exporting its extremist Wahhabi Salafi ideology and bloodthirsty jihadists, of promoting radical preachers of death giving religious legitimacy to monstrous atrocities against Shias, Christians, Jews and moderate Sunnis, of arming and funding ISIS, JN, and Taliban and of spreading tyranny and dictatorship in the Middle East. 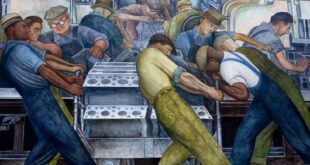 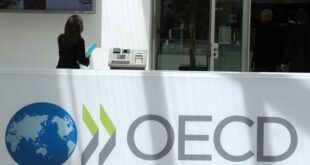