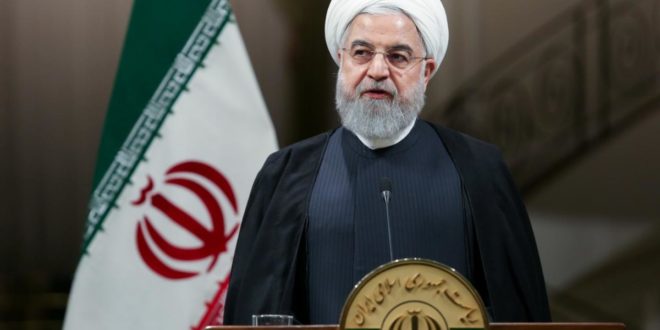 The escalation ladder with Iran has lost several rungs.

The attack attributed to Iran on Saudi Aramco oil facilities is the latest in a series of Iranian escalations—the May 14 and June 13 tanker attacks, the June 20 downing of a U.S. drone, and July 19 seizure of the Stena Impero, a British oil tanker—in recent months that have been met with relatively minimal response by the U.S. or international community. The attack on Saudi Arabia only resulted in a renewed push for diplomatic engagement with Iran on the sidelines of the United Nations General Assembly and new U.S. sanctions which will only achieve incremental material economic impact. With no proportional reaction to this serious escalation on the part of Iran, the linear escalation ladder often used to describe U.S.-Iran tensions has been superseded by a new, iterative escalatory pattern. The expected “tit-for-tat” pattern no longer applies to current day circumstances.

The attack was a serious escalation from Iran’s recent aggressive actions—mostly occurring within the waters surrounding the Strait of Hormuz. The attack involved cruise missiles and UAVs that may have been launched from within Iran’s own territory—a first—and caused millions of barrels of Saudi production capacity to go offline. And yet despite this, the response from the international community was rather mild. In the supposed tit-for-tat escalation pattern, Iran’s largest “tat” to date was met with no meaningful “tit” from the United States, Europe, or Saudi Arabia. This will make it harder for the United States to both deter Iran in the future and eventually re-engage Iran diplomatically, as both the Trump administration and Democrats want to do albeit in different ways.

What was the international response?

Saudi Arabia, the United States, France, Germany and the United Kingdom have all publicly called Iran responsible for the attack on Saudi Aramco’s Abqaiq and Khurais facilities. Yet France, Germany, and the United Kingdom simply released a statement urging Iran to “refrain from choosing provocation and escalation.” President Emmanuel Macron of France even called for renewed diplomatic engagement with Iran in his speech to the United Nations General Assembly, a process that at least on the face of it appears to be the focus of European efforts in the coming weeks. Saudi Arabia’s foreign minister said the country wanted to avoid war and escalation.

Meanwhile, U.S. Secretary of State Mike Pompeo called the attack an act of war while President Trump backtracked from his original threat of retaliation. Eventually, the Trump administration settled on sending limited, conventional military assets to the region focused on bolstering Riyadh’s defenses. In addition, the administration designated Iran’s central bank (not for the first time, but now also under a counterterrorism authority) which will have no material economic impact. The administration’s reliance on an Iran strategy consisting solely of economic pressure without meaningful deterrence or the use of diplomacy is eroding the political saliency of the sanctions tools themselves. While the additional layer of sanctions on Iran’s central bank may appear at the very least politically significant, it is diminished by the fact that Trump has been saying Iran is under the “highest level of sanctions” since he withdrew from the Iran deal in May 2018, a phrase he repeated after the most recent attack.

Why do the attack and response reflect a change in the escalation ladder playbook?

Over the last several decades, Iran has operated by a playbook designed within a contextual understanding of the U.S. foreign policy of past U.S. administrations—where it escalates incrementally on the regional and nuclear fronts to increase global sympathy for its economic isolation and build leverage for a potential future negotiation without sparking a large-scale conflict with the United States. Under President George W. Bush and President Barack Obama, the escalation ladder was linear, an exercise in testing limits and hard “red lines” before going too far into the area of direct conflict. Minor miscalculations occurred but were corrected with a mixture of kinetic, covert, and diplomatic steps to rebuild deterrence.

But the Trump administration is not like previous ones in many ways with respect to how it treats public threats of military action (often delivered via Twitter) and the sometimes intentionally confusing messaging around retaliation. Ultimately a pattern is emerging that skirts the tit-for-tat escalation employed in recent confrontations, generating questions about how the escalation trajectory between the United States and Iran will now develop.

Why does this matter?

Without a pattern, predictions of what Iran will do next are even more difficult than before. Combined with the pre-existing unpredictability of the U.S. administration and its Iran policy, an Iranian regime operating with impunity, and an unprecedented dissonant transatlantic relationship, this lack of viable courses of action to plan around can hinder efforts to mitigate, control, and modulate to Iran’s actions. Outside of the linear escalation trajectory, the lack of clarity on part of the United States on its limits blurs the definition of the space within which Iran can execute its carefully crafted escalation. Is the U.S. redline the injury or death of U.S. personnel? Destruction of U.S. assets? Destruction of partners’ high-value assets? Or even the destruction of U.S. assets used by partners? Not knowing the limits increases the potential for miscalculations that draw both sides into more direct confrontation without having intended to go there in the first place.

The attack on Saudi Aramco was carefully calibrated by Iran. It was not only impressive in its successful on-target rate but also the fact that there were no casualties. Such scenarios are not always available, and if Iran determines further escalation is warranted, the next attack may not be so containable. If the United States does not put limits on Iran, who does? The Iranian regime has never before had to institute self-imposed limits on its escalation. Those limits historically have been imposed by external powers like the United States articulating, using a variety of tools at its disposal, that Iran had crossed a line. When there haven’t been externally imposed limits on the regional influence front, Iran has pushed and pushed without any limit.

In the current climate, one can imagine a scenario in which Iranian action forces a U.S. ad hoc realization of redlines after they have already been violated, never benefiting from having articulated them clearly as redlines to Iran or anyone else. This could take both Iran and the United States to the undesired place of direct conflict.

Under the linear tit-for-tat escalation pattern, the risk of miscalculation on the part of the United States or Iran was always present. Yet, as this pattern has broken down and the Trump administration has tried to conduct its Iran policy at arm’s length by relying on economic pressure, the United States has failed to establish deterrence—either by punishment or by denial—increasing the risk that a dangerous miscalculation will occur. And the more the United States conducts its Iran policy in this way, the less control it will have over how the next few months and years play out.

The United States’ strategic partners in the region—Saudi Arabia and the United Arab Emirates—have already taken de-escalation with Iran into their own hands given they are on the front lines of Iranian aggression and may be growing uneasy about the constancy of U.S. support. The UAE has drawn down in Yemen and has sought its own direct engagement with Iran on the narrow issue of maritime security after a spate of high tensions in the region’s waterways. Following the attack on Abqaiq and Khurais, Saudi Arabia also appears to be willing to reestablish its own backchannels with Iran on de-escalation. As prudent as such immediate measures may be for regional de-escalation in the short-term, they will not address growing U.S.-Iran tensions or the breakdown of the linear escalation pattern to which the parties have grown accustomed.

Because of this, we should dispense with talk about a U.S. “tit” response to Iran’s latest “tat,” particularly if another Iranian provocation appears on the horizon. The real goal should be for the United States to restore the linear escalation pattern. Why? Because it is critical for the United States to understand its own go/no-go parameters, and to explain them clearly and persuasively to its closest partners. Without this, a next Iranian provocation, intentionally or through miscalculation, may target U.S. interests more directly.

Given recent events in the region and elsewhere, there’s a question of whether the escalation pattern can even be restored. President Trump suffers from a credibility and clarity problem, especially on Iran policy. Still, it is in America’s interest to communicate its redlines clearly. This would limit the space within which Iran could continue its calculated and even miscalculated escalation. It reinforces the framework for coordination with our allies and strategic regional partners on responding to Iranian aggression.

This is not to suggest the U.S. take undue provocative action itself. But the United States should once again exercise control over what the escalation (and de-escalation) ladder looks like with Iran and how it will proceed. This requires that a level of deterrence be reestablished by the U.S. using a variety of tools at its disposal (such approaches have been outlined by a number of our colleagues over the last several weeks), which would include a balance of economic, diplomatic, and military measures. In this way, the United States might bring a degree of clarity to how it will treat escalation by Iran, signaling to both adversaries and partners that the U.S. has not entirely ceded its ground. 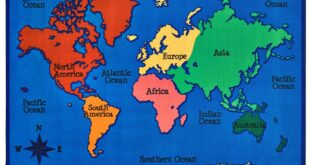 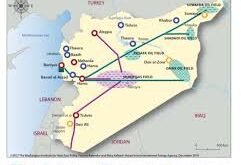 Can Syria be reborn from the ruins after a decade of civil war? The role of extra-regional playmakers