A US peace plan for the Middle East – which is set to be unveiled after Israel’s general election on 9 April – has been delayed since December 2017 when Palestinian uproar followed President Trump’s recognition of Jerusalem as the capital of Israel.

Donald Trump’s son-in-law Jared Kushner, a property developer, has been given the task of coming up with a proposal to get the peace process going again in the Middle East.

Kushner has reportedly put the final touches to his plan but has been told not to unveil it until after Israelis go to the polls next month.

Israel’s Prime Minister Benjamin Netanyahu, who was charged with corruption earlier this month, is trying to fend off the challenge of former chief of staff Benny Gantz and his new centre-left Blue and White Party.

Jacob Eriksson, Al Tajir Lecturer in Post-War Recovery Studies at the University of York, said there was little optimism on the Palestinian side about the Kushner plan and few in the West Bank or Gaza saw him as an impartial referee.

“President Trump and Jared Kushner have a strong relationship with the Israeli government but the recognition of Jerusalem as the capital of Israel, the moving of the embassy, cutting off of aid to UNRWA, ending US funding for the Palestinian security forces and closing the PLO office, all of these things mean that the Palestinians have little reason to trust the Kushner deal as accurately representing their interests,” Dr. Eriksson told Sputnik.

He said the Palestinians do not see the US as “trusted intermediaries” and would prefer the EU, the UN or another country to be the final arbiter but he said that would be a “bridge too far” for the Israelis.

So what is likely to be in the Kushner plan?

“It’s still guesswork but he has said a few things which are potential hints and indicators. One of the things that he has come out as focusing on is the ‘economics of peace’, which echoes Netanyahu’s plan that would offer financial inducements but none of it comes with sovereignty or the trappings of a state, which is what the Palestinians want,” Dr Eriksson told Sputnik.

Dr. Eriksson said he felt sure Kushner would lay to rest the two-state solution.

He also said he would be “very surprised” if there was any mention made of the Right of Return — a key demand for hundreds of thousands of Palestinian refugees and their offspring, who fled after the creation of Israel in 1948.

“The Israeli consensus is that they wouldn’t accept any Palestinians back,” Dr. Eriksson told Sputnik.

Dr. Eriksson said he believed the building blocks of the Oslo peace process — “land for peace” — would be largely thrown out by Kushner, who would “start afresh”. 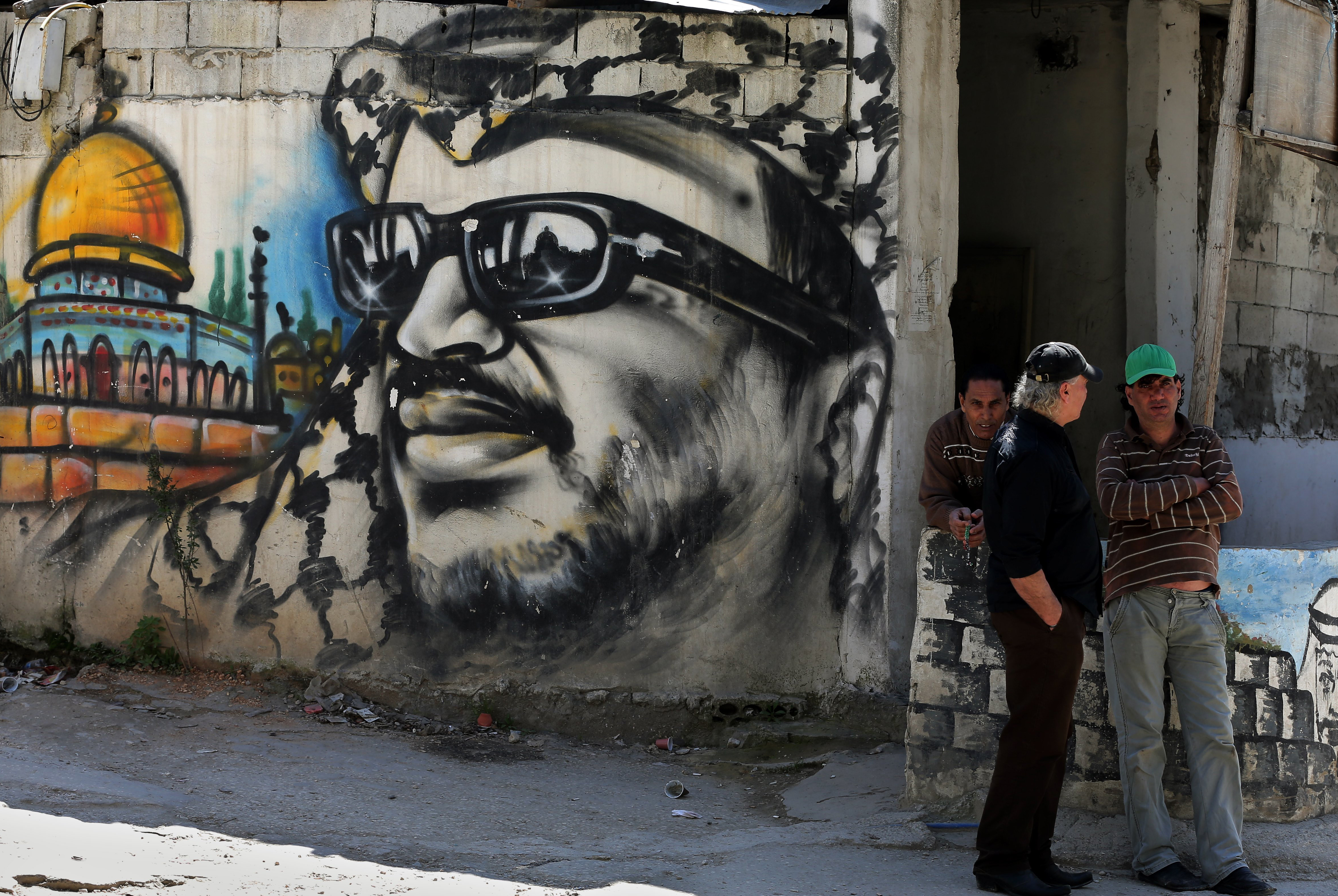 Palestinian refugees stand next to graffiti bearing a portrait of late Palestinian President Yasser Arafat at the Ain Al-Helweh refugee camp, near the southern Lebanese city of Sidon, on March 16, 2015

But he said that Israel would be the only sovereign state and the West Bank and Gaza would be autonomous Palestinian regions, with some possible “land swaps” involving Jewish settler blocks.

“The Palestinians can expect to see something like autonomy instead of statehood. These are ideas floated in the 1980s when Israel and Egypt were negotiating. We are travelling back in time,” Dr Eriksson told Sputnik.

Mr. Kushner, along with US Secretary of State Mike Pompeo and another key White House adviser, Jason Greenblatt, met with Jordan’s King Abdullah in Washington on Monday, 11 March.

It was not clear if they outlined the Kushner peace plan to him during a 45 minute meeting.

Dr. Eriksson said the US would doubtless try to get Jordan and its other key allies in the Middle East — Egypt, Saudi Arabia, Bahrain and the United Arab Emirates — to back the Kushner peace plan not just politically but also economically.

He said it was an “outside in strategy”.

“The Gulf Arab states will be expected to bring the Palestinians into the fold, with pressure and financial inducements,” Dr. Eriksson told Sputnik.

Egypt, Syria and Jordan were defeated by Israel in three wars between 1948 and 1973.

“The Palestinians realised many decades ago that they cannot rely on anyone else to deliver for them…they don’t take orders from the Arab states,” Dr. Eriksson told Sputnik.

He said that while the elites in Israel and Saudi Arabia may have some common cause — their shared antipathy towards Iran — the average man on the street in the Gulf Arab countries supported the Palestinian cause.

“The royal families will be careful about antagonising their populaces,” Dr. Eriksson told Sputnik.

Kushner’s prominent role in the Middle East peace process has both baffled and bemused season diplomats and White House observers.

Prior to his father-in-law’s inauguration in January 2017 Kushner had no experience in the Middle East, other than business deals and his inexperience and meddling has infuriated many others in the Trump administration.

A new book by investigative journalist Vicky Ward says former Secretary of State Rex Tillerson accused Kushner of “endangering the US” by his interventions in the Middle East.

In the book Trump’s former chief strategist Steve Bannon described Kushner as evolving from “a little boy” to a “f**king devil” during an argument. 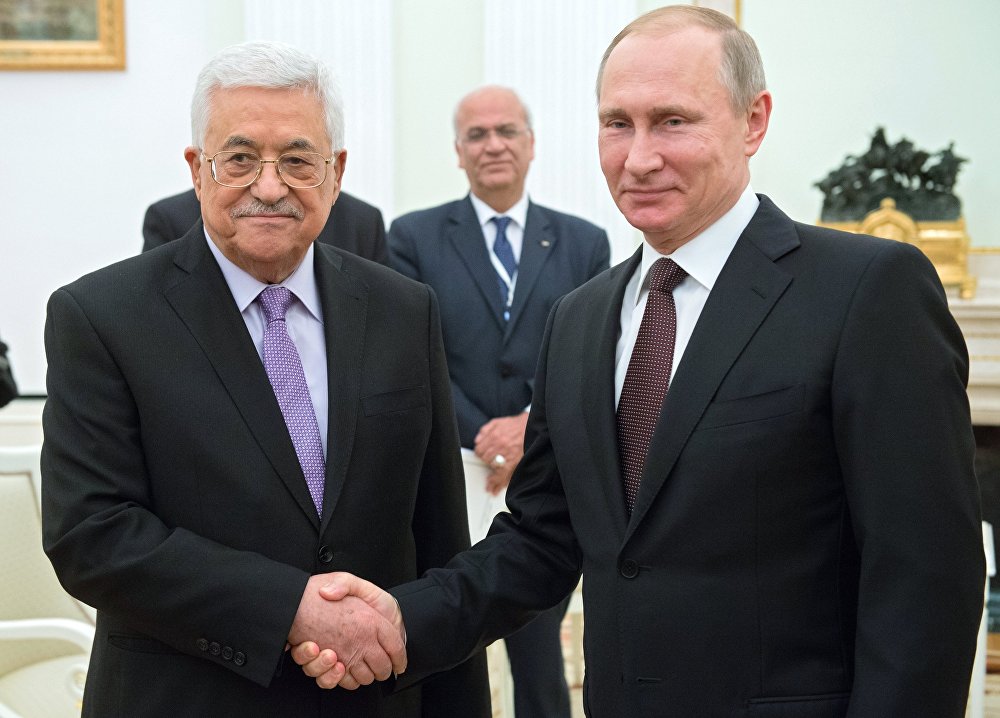 Last week the Democrats asked the US attorney general to open a criminal case against Kushner amid reports he had had secret meetings with Saudi officials and concealed the substance of these meetings from US officials.

So what will the Palestinian leaders do if landed with a deal they cannot sell to their people?

Dr. Eriksson said the former US Secretary of State James Baker once said that when it came to the Middle East peace process neither side wanted to take the blame when negotiations collapsed because “you don’t a dead cat on your doorstep.”

But he said the President of the Palestinian National Authority, Mahmoud Abbas would accept nothing short of a Palestinian state, a capital in east Jerusalem and an offer on the Right to Return.

“Abu Mazen (Abbas) has been quite clear that he will reject it. The Palestinians will be more comfortable about rejecting this than things in the past,” Dr. Eriksson told Sputnik.

A comparison of strategic doctrines

Realism in the Arctic