The militant group, which has claimed responsibility for attacks in the kingdom and stepped up operations in neighboring Yemen, singled out the al-Ha’ir and Tarfiya prisons where many al Qaeda and Islamic State supporters have been detained.

“The Islamic State always seeks to free prisoners, but we calculate that the ending of the issues of prisoners will not happen except with the eradication of the rule of tyrants, and then destroying their prisons and razing them to the ground,” it said in an article posted online on Tuesday.

An Islamic State supporter killed himself in a car bomb at a checkpoint outside Ha’ir prison near Riyadh in July.

While Islamic State and al Qaeda are rivals who have condemned each other on ideological grounds, they are both united in enmity towards Saudi Arabia, which has declared them terrorist groups and locked up thousands of their supporters. Riyadh’s mass execution on Saturday, December 30, included four Shi’ite Muslims, among them prominent cleric Nimr al-Nimr, a move that heightened sectarian tensions with Shi’ite power Iran. But analysts say it was mostly meant as a message to militant Sunnis.

Islamic State has claimed responsibility for a series of bombings and shootings in Saudi Arabia since Nov. 2014 that have killed more than 50 people, most of them Shi’ites but also more than 15 members of the security forces. 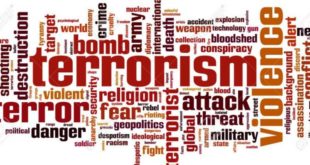