Breaking News
Home / OPINION / Analysis / How Could US Sanctions on Russia Speed up De-Dollarisation and Help Rise of the Yuan?

How Could US Sanctions on Russia Speed up De-Dollarisation and Help Rise of the Yuan? 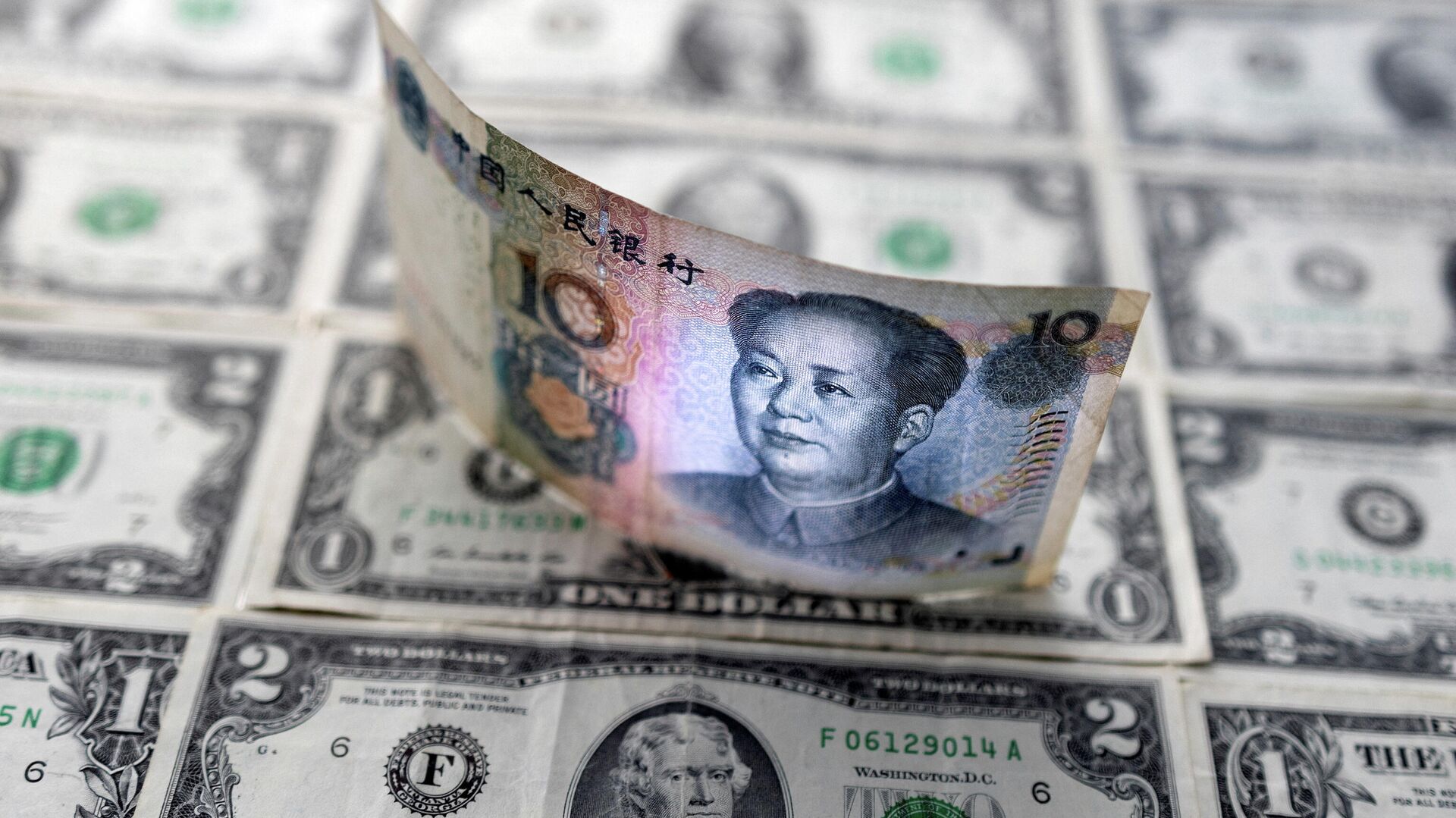 US Treasury Secretary Janet Yellen recently stated that the greenback has no serious competitors in the world, but that claim might be “wishful thinking” on Washington’s part, geopolitical analyst Brian Berletic says.

He points out that despite its power, the White House’s actions recently prompted countries around the world to look for alternatives. And, in fact, alternatives already exist – in the form of the euro and the yuan above all, associate professor of international political economy and global studies at the Italian International Institute Lorenzo de’Medici, Fabio Massimo Parenti,indicates. He acknowledges that dollar remains the main currency in the world, but adds that its role has decreased in recent years. At the same time, China’s yuan has become the fourth top currency in terms of circulation in the world.

The decrease in the dollar’s power is a result of the so-called process of de-dollarisation – the voluntary refusal by countries to use the greenback in bilateral transactions. While the reserve currency offers certain stability and security, it has been increasingly associated with the risk of sanctions, which Washington has been slapping liberally on countries around the world – Russia, Iran, Venezuela, etc. And while countries like China and Russia have started moving away from using the dollar, this has not automatically made their currencies potential replacements for the greenback, Francesco Sisci, a Beijing-based China expert, author, and columnist, points out. The same goes for the euro and even gold, the expert adds.

“What we see, I believe, is a new fragmentation of the currency market where no-one is actually replacing the dollar, but many currencies or instruments of exchange (barter trade and gold) are denting the dollar universality. But no other means of exchange is now in the position to replace the greenback”, Francesco Sisci explains.

The question of how much Washington’s policies in recent decades have dented the dollar’s global dominance also remains open, Sisci says. On the one hand, the US held around half of global wealth by the end of the Second World War, and wealth is what determined the choice of the dollar as the reserve currency, the expert notes. Now the US accounts for only 20% of global wealth, but at the same time its allies, which conduct their trade in dollars, represent between 60% and 70% of the world’s riches.

Warnings of the dollar’s impending loss of its reserve currency status have been circulating in the media for decades, but the first steps in this direction emerged only recently, as the de-dollarisation “movement” grew. Now that the US has unleashed massive sanctions against Russia, this process will accelerate, Fabio Massimo Parenti states.

He points out that China is already conducting trade with many partners in the yuan, gradually moving away from the greenback, and that geopolitical crises only speed up the process.

Geopolitical analyst Brian Berletic explains that the dollar enjoyed its popularity due to the US’ unparalleled economic might and now that China has grown to challenge it, the yuan has a shot at challenging the greenback’s position. Additionally, Washington’s abuse of the dollar’s unique status only helps the process, Berletic adds.

“The world is looking on as the US abuses the dollar’s role as a reserve currency and looking for ways to hedge against the inevitable risks and fallout from America’s increasingly erratic behaviour. The Chinese yuan presents an obvious and attractive alternative. It is all but guaranteed that China’s yuan will replace the US dollar in due time”, Berletic says.

While a certain de-dollarisation process has been launched by Russia and China, it is still in its “infancy”, a professor of Chinese studies at New Delhi’s Jawaharlal Nehru University, Srikanth Kondapalli, suggests in turn. He points out that their bilateral trade amounts to only $140 billion a year, while US-China exchange of goods (carried out in dollars) reached nearly $730 billion last year.

The professor further notes that despite the public rhetoric, Beijing is showing no rush to move completely away from the greenback.

“Thus, while China stated that it will increase transactions in renminbi, it is careful not to upset the US on currency issues. China also did not withdraw drastically from the US Treasury Security bonds. [The] Xi Jinping- Biden virtual meeting last year has more or less normalised relations between the two”, Kondapalli says.

For the yuan to become a new global financial power, Beijing must first undertake certain steps to facilitate this, China expert Francesco Sisci suggests. There has been a lot of speculation that China might use a digital renminbi to expand its currency abroad. However, apart from creating an easily accessible currency, Beijing should also establish globally recognised, independent, and strong financial markets, Sisci says.

These markets must also operate according to transparent rules and be filled with transparent companies, the expert adds.

“At the end of the day, what is money? It is ‘credit’, a word that comes from Italian and means ‘to be trusted’ ‘to be believed’. Now many people distrust the US dollar, but trust even less other currencies. […] If China and Russia are to be trusted, they have to gain global trust, which takes a long time”, Sisci concluded.

Is the Dollar’s Dominance Doomed or Will the Greenback Remain Forever?

China experts and economists diverge in their estimations of the dollar’s future and the yuan’s prospects, but most of them agree that the greenback’s position will be undermined. Professor of political economy, Fabio Massimo Parenti, points out that the global economy is already widely regionalised, with many countries using local currencies. Eventually, the dollar might cede its place as the dominant currency, he believes.

Trade in the yuan, barter in gold can dent the dollar, but not dethrone it completely, China expert Francesco Sisci suggests. The expert noted that it is possible that the world might end up split into two financial systems akin to the times of the Cold War, but he does see how the dollar’s dominance will be challenged by yuan.

“All commodities are traded in [the] US dollar. The two dominant stock exchanges in the world, Wall Street and London, are in [the] dollar or in pound sterling, [which is] part of the dollar system”, Sisci stressed.

Brian Berletic is more optimistic about the yuan’s prospects and believes it will replace the dollar sooner or later, unless Washington succeeds in thwarting China’s rise as an economic power – something that it has been preoccupied with for years. The geopolitical analyst explains that everything depends on other countries realising that what the US is currently doing to Russia could just as easily be applied to them.

“The US is already threatening sanctions against nations who refuse to sufficiently denounce and isolate Russia. It is a process that for many years now, seems to be isolating the US and its allies from the world rather than isolating Russia or China”, Berletic concludes.