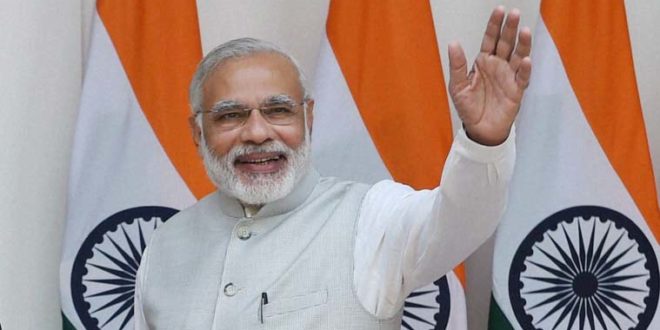 It is a telling sign of how Western-centric the global debate still is that, for all the attention paid in the media about “important” elections to be held, Germany figures prominently, as does France – and even the Netherlands!

There was one glaring omission in the Western calendar about elections that matter – in India, only the world’s second-most populous nation.

I am talking about the just concluded local elections in the Indian states of Uttar Pradesh, Punjab, Uttarakhand, Goa and Manipur.

The mere suggestion that Indian elections – and local ones at that – might matter seems preposterous to many a Western mind. One reason why these elections mattered is that Uttar Pradesh alone, if — with its 210 million people – it were a country onto itself, would rank as the world’s 5th largest country. It’s more populous than Brazil.

Adding in the four other states extends the total size of the (Indian) population that just went to vote is almost 260 million people. That as if almost three-fourths of the United States had had elections.

Inside India, and thereby the world, the reason why these local elections matter greatly is that they resulted in an absolute crushing defeat of the opposition by the ruling BJP.

First and foremost, this is once again Narendra Modi’s personal victory, and a very strong public endorsement of him and his policies, including the much-debated Demonetization campaign.

The extent of this BJP victory is just mind-boggling in its magnitude and unpredictability. It was not even remotely imagined by political pundits, opinion polls and mainstream media.

It is only a slight exaggeration to say that it is on par with Trump’s surprise victory in the United States.

Close up on Uttar Pradesh

In UP, the largest and most politically influential state in the country, with an electorate equivalent to all of southern Europe, the BJP has won 325 seats out of 403, which is 80 % of the state assembly. No party has got this kind of majority in UP in the last 50 years.

These are figures which even Indira Gandhi and her father Jawaharlal Nehru hardly ever achieved in the heydays of the Congress.

But as much as a strong vote in favour of Modi, it is also a vote against Congress, and especially Rahul Gandhi who spent almost three months campaigning in the state in order to revive his party prospects after a series of defeats in polls in the last year.

A very public rebuke of the Gandhis

The election outcome result is once again a very strong public indictment of the leadership of the Gandhi family which has ruled the Congress party for two decades.

The reason why this turn of events stings the Gandhis so personally is that four of the six prime ministers which “their” party has produced since Indian independence so far were elected from UP.

Worse, still under the yoke of the Gandhis, Congress has lost each and every major national and state election in the last three years, except in the state of Punjab this time.

Rahul Gandhi has once again shown his poor acceptability and lackluster appeal among Indian heartland voters. The rebuke at the ballot box reflects his inability to match Modi’s political charisma, positive energy and growing reputation as a “can do” leader.

The Congress continues to lose votes and elections because it is living in a make-believe reality of India of the 1970s and 1980s.

It continues to offer the same old populist promises or broad platitudes to please everyone, but these aren’t selling anymore.

The party has embarrassingly few new ideas on how to connect to India’s young population which has huge economic aspirations.

In public imagination, Modi is already seen by most Indians as one of the most successful, strong and decisive leaders of modern times, eclipsing Man Mohan Singh, Narsimha Rao and even Rajiv Gandhi.

Already, his political success and personal style have got people comparing him to Indira Gandhi, who was similarly respected by allies and feared by opponents during her reign two generations ago.

This election result will also quieten and isolate economists, academics and other intellectuals – whether foreign or Indian – who have been attacking Modi for his decision of Demonetization.

Irrespective of whether you are anti or pro-Modi, everybody agrees that Demonetization was a very audacious move which was full of political risks.

Now, with these election results, those risks seem to have been justified, much to the surprise of elite pundits and mainstream media. Both supporters and opponents of Modi are beginning to have renewed respect for his ability to take hard decisions and against the grain.

The just concluded wave of elections in five of India’s 29 states mark the end of any hope that Congress and other parties may have had about the 2019 general election.

In fact, many smaller regional parties who lost big time in these elections will likely face serious re-alignment, internal dissent and even defections.

This may perhaps be especially true of the Aam Admi Party (AAP), a fresh political outfit which was born out of a widely popular anti-corruption campaign and which held so much promise as an honest outsider.

However, AAP’s terrible performance in both Punjab and Goa will serve as reality check to the oversized political ambitions of its founder. He is proving to be yet another dangerously populist, autocratic and narcissistic public figure.

Meanwhile, the future direction of the Congress is extremely uncertain, given the lack of transparency and honest self-reflection in the party, especially when it comes to the Gandhi family.

However, with this crushing and humiliating defeat, the morale of ordinary Congress party workers will surely touch the lowest it has in many decades.

After all, UP has traditionally been the “home turf” of the Congress, the place where the party was really born and nourished.

In terms of legislative representation across much of north and central India, the Congress is now down to less than one-third of its strength during the time of Rahul’s father, Rajiv Gandhi. In other words, the Congress is dangerously close to becoming irrelevant.

These election results in their sum total will, for a time, energize India’s business community, capital markets and even foreign investor sentiment.

In fact, Prime Minister Modi will now have immense political and moral tailwinds to back him up on making more tough economic policy issues.

However,the other side of the coin, and a rather disturbing prospect indeed, is that Modi is also getting too addicted to fighting domestic wars rather than keeping the domestic peace.

Modi needs to focus less on strategizing or campaigning for the next round of local elections (remember, India is always in “election mode.”) Most of his attention, if he wants to seize the moment, has to been framing and advancing reforms in crucial areas like bureaucracy, judiciary, banking and labor.

Modi can ideally use this dramatic political victory as a real opportunity to give new energy and direction to his government for the remaining two years of his term. To that end, he can and should shake up his council of ministers, as well as induct new people into his larger circle of advisors.

Whatever the gains and pains from Demonetization – and the final jury is still out – the fact is that it was a decision taken by Mr. Modi and his extremely narrow group of confidants.

The economic decisions and social initiatives he has taken in the last three years of his tenure as prime minister have been largely sensible.

However, the process of how those decisions were taken has usually been extremely opaque – and have thus won him very few friends, even when his policy choice proved to be the right one. 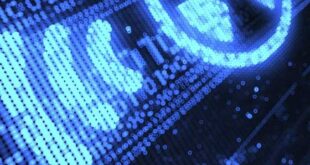 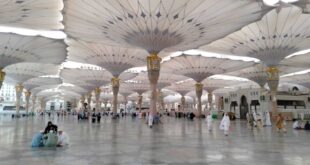 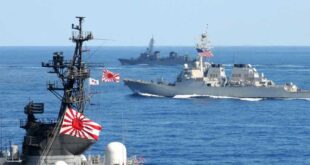