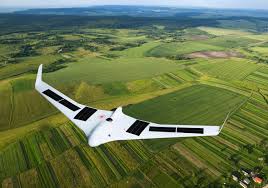 There can be no talk of new transformations at the level of the world order and the international policy structure without referring to tools of power and conflict. When a human civilisation reaches the climax and starts declining, this structure leads to chaos and conflict not only at the level of a nation but at regional and international levels, depending on the nation’s power and influence.

This can also be the result of the development of these political and military regimes because of emerging ideas and evolution of technology that form new sovereignty. The system of sovereign states is still the dominant pattern in international relations. We may distinguish a pattern of overlapping societies and a kind of administration that bears some resemblance to the situation that had existed before the state system became formalised by the Peace Treaty of Westphalia (1648), which ended long religious wars between European states.

At present, sovereignty is changing. Some nations are debasing while others are developing.  Many nations have been in the lead, but now they are deteriorating as a horse climbing a hill loaded with heavy cargo. The horse has no hope but to continue going up to reach the peak. If it stops, it will be the end (death) not only for the horse but also for the cargo (destruction). Such old civilisations have no room to stop, but must continue running with the loads and weights to save their historical assets and glorious past.

Therefore, the changing structure of world politics and the fragmentation of the world order are natural consequences of the decline of American centralisation and supremacy in recent years towards a multipolar world. Many countries seek to have sources of power and influence worldwide by all means to fill the geopolitical vacuum created by that decline, or to search for a stout room in the international arena to secure their borders by adopting principles of power, fearing external intervention and meddling in their internal affairs. The other principle is to establish cross-border military and security alliances to fill the gap of potential weakness in these states’ political status and military and security forces.

What is absolutely true is that the new forms of conflict are not certain in the context of direct warfare. In other words, no direct confrontations would take place, but proxy wars and civic demonstrations. The tools of conflict and the political, security and military approaches will vary dramatically, as they will be dominated by technologies and artificial intelligence. There is no need to send troops to fight but rather send troops of UAVs and drones to fight and achieve the goals.

In the coming era, the unilateralism ceiling for many countries will rise regardless of their power, international laws and humanitarian considerations due to wealth and advanced technological capabilities. In this context, the talk is not only about super powers, but also states which have less power and which will do their utmost to make up for their military weaknesses by forming transnational military and security alliances to create balances, power and deterrence. These alliances do not have to be between countries and governments. They can be transnational, hinging on terrorist networks and radical organisations.

Furthermore, the ceiling of specific armaments will rise at the expense of quantity. For example, weapons with more than one nuclear warhead will be deployed as an alternative to the multiplicity of missiles carrying a single warhead, as well as advanced armaments, such as electromagnetic arms. Most countries will also turn to weapons of deterrence and containment, as well as offensive weaponries. A new era against hegemony will begin, which will enable states to balance their power and curb the threats. However, this approach carries serious risks, as this can result in some mistakes which would yield to devastating wars.

Besides, modern technology will enable the transfer of power to individuals and civilians as a “global citizen” in a “virtual state”. The current scene of the effects of the Third Industrial Revolution will affect the existing political systems and central governments. In the 21st century, these technological developments, the information revolution and the Internet in the digital age will be one of the most important factors of political, military and security power on one hand, and will be one of the weaknesses of states and governments on the other. The hypothetical nature of the virtual world will be a stumbling block to the ability of state security to keep up with and crush revolutionary activities. Virtual communication will change our perception of future opposition groups and mobilise many activists and rejectionists who believe that their governments forced them to be nihilists. The virtual field scene of activists and pessimists will change these communities radically.

Finally, advanced technologies will be the foundation for future conflicts, especially cyber-attacks. Thus, strategic information, intelligence capabilities and spy satellites will be the most important factor in future wars. Nationalism and agitating peoples on their governments through the dissemination of false information or revealing hidden facts or exposing governments by publishing bad conducts, behaviours and corruption cases as a common denominator of public figures attitudes are more than enough to fuel and arouse demonstrations to destabilise any country.

The war for mineral possession started in Afghanistan 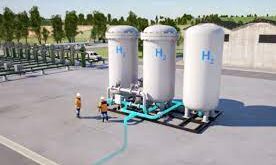