US Defence Department Deputy Secretary Charlie Summers told reporters that Turkey could face great consequences if it procures the S-400s. However, President Erdogan has claimed that the purchase of the S-400 missile systems by Turkey is not connected with the security of NATO or the United States.

Sputnik has discussed the issue with Dr. Huseyin Bagci, the chair of the international relations department at Ankara’s Middle East Technical University.

Sputnik: President Erdogan says the purchase of the S-400s is not connected to the security of NATO and raises hope that the disagreements over the procurement will be resolved. How satisfied will the US be by this response you think?

Huseyin Bagci: There will be a new crisis between Turkey and the United States of America concerning the buying S-400s. First of all, the Turkish president’s statements indicate that Turkey is determined to buy and to deploy S-400s whereas the Americans still use the instrument of embargo if Turkey would buy and deploy these weapons.

But this, for Turkey in particular as far as I can see, is a prestige matter, a matter of honor and the president will not probably make any U-turn in the sense that he would say: “no, I don’t buy your Russian system”. 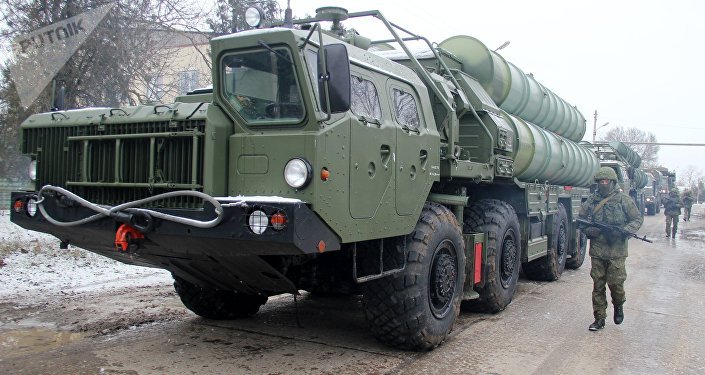 I think he will buy as president and also foreign minister stated very directly and everybody in Turkey is now debating [about] what will be the consequences of this. Because the NATO countries and the United States of America are not interested that Turkey now has the Russian systems despite the fact that the Turkish argument that it is not a danger to NATO is not acceptable by the Pentagon for the United States of America.And I think there will be some more debate and discussion and a political crisis between the two countries unless Turkey says: “no, I do not buy S-400 system”.

Sputnik: Now, what realistically can the US do now to punish Ankara?

Huseyin Bagci: There are ways of punishment: not to supply military equipment, not to sell F-35s or Patriots, those Patriots that Turkey cannot purchase from the United States of America.

It will be another summertime crisis I would call it between Turkey and the United States of America. One has to realize therefore that Turkey’s buying of S-400s was a necessity.In the last couple of years, when Turkey was facing constantly the American attitude that Turkey should not get Patriots, so I would say, out of this necessity the Turkish president would develop further relations with Russian President Putin after the fighter jet crisis. Now Turkey and Russia will cooperate more in this respect and I think the president [Erdogan] promised to President Putin to buy these systems. Already Russia [has] provided the credits, [and] Russia is providing technology.

So, the Americans probably will put some embargo on Turkey but it will not lead to an exclusion of Turkey from NATO — it will not be the case. But it will be a political, military crisis between Turkey and the United States of America.

Sputnik: What could be the implications now of escalation between the US and Turkey in terms of these tensions?

Huseyin Bagci: I think the confrontation and the crisis are coming. The question [is] how both sides, Turkey and America, will deal with this crisis. How they manage this crisis? Both sides have their cards in their hands. Turkey and America now in the Middle East are having common duties.

Turkey is a member of NATO. Turkey has security concerns because of terrorist activities. So, the Americans, on the other hand in the long run, as you indicate, cannot renounce Turkey, cannot kick out Turkey from NATO. Not to forget, of course, the military base Incirlik is still under the American control if you want. So, there will be political argumentations, clashes here and there but at the end of the day, common sense will prevail and somehow the problem will be solved.I think the spirit of time at the moment is that the Americans make mistakes one by one and the Turkish side under Tayyip Erdogan — I do not say whether the decision is right or wrong — but the president’s view and defence minister’s view is that Turkey needs these systems. And if the systems are not provided by any NATO country in the sense of Patriots, then Turkey will buy it.

Patriots are the number one priority for the Turkish Air System expectations but the Americans were not ready to provide this. This is, once again, the consequence that Turkey was looking for other alternatives.

And the best alternative was the Russian S-400. And from the Russian perspective, to work with Turkey not only in the sense of selling S-400s but also the future of Syria, the future of the Middle East — definitely there will be much more talks and discussions. Turkey should not be the victim of any conflict between the United States of America and Russia.So, Turkey is now just in between two chairs, sitting on two chairs at the same time: on the one hand Russia, on the other hand, the Americans. So, it is a very delicate situation for Turkey but as far as I can foresee, Turkey will get the delivery of S-400s and what Turkey does after the delivery of the systems is another topic for discussion.