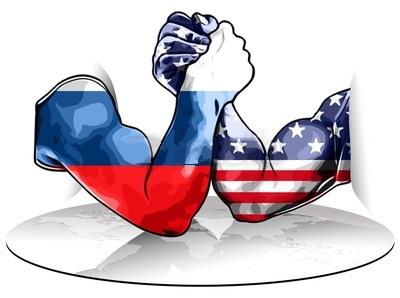 In 2013, 18 Americans were denied entry in response to US sanctions and visa bans on 18 Russian officials. More on this below.

On Saturday, a Russian Foreign Ministry official said access to Russia was denied as a reciprocal step to EU actions.

“An answer to some European countries demanding to explain why these names have been put on the lists of persons banned from entering Russia is quite simple.”

“This was done as a response to a sanctions campaign unleashed against Russia by some Germany-led countries of the European Union,” the official explained.

“Moscow has imposed sanctions on European politicians, officials and the military in response to similar restriction measures adopted by the European Union last year because of the conflict over Ukraine.”

“The Russian ‘blacklist’ includes a total of 89 people, among them members of the European Parliament, high-ranking military, security and intelligence officials, as well as public figures.”

“The list includes officials from the Baltic countries, Poland, Sweden, Britain and Germany.”

“We read many Western media reports, which try to justify the US anti-Russia sanctions policy, using quasi arguments.”

Cold War politics heated up before it began. In December 2012, the so-called Magnitsky Act was enacted. Washington ludicrously called it “an important step in the cause of human rights and democracy” by a nation deploring both.

“We regret that a US administration declaring its commitment to the development of stable and constructive bilateral relations was unable to defend its stated position against those who look to the past and see our country not as a partner, but rather an opponent – fully in line with the canons of the Cold War.”

At the time, Moscow promised “analogous restrictions” on US officials.

An earlier article explained Sergei Magnitsky was a Russian attorney. In 2009, he died in police custody. His death drew international media attention.

He specialized in civil law. He did anti-corruption work. He uncovered evidence of tax fraud. He implicated police, judiciary figures, tax officials, bankers, and Russia’s mafia.

He accused them of stealing around $230 million dollars in 2007 through fraudulent tax refunds.

On issues relating to courts, taxes, fines, and civil law, he was called the “go to guy” in Moscow.

In November 2008, he was arrested, imprisoned, and treated abusively. For 11 months he was denied family visits. Serious health problems developed. Inadequate treatment followed.

On November 16, 2009, he died for reasons attributed officially to a “rupture to the abdominal membrane” and subsequent heart attack.

In response, Moscow enacted Dima Yakovolev legislation – named after a Russian orphan adopted by a US family left to die of heat stroke in a parked car.

Lax US adoption laws and lack of follow-through prevent knowing how other Russian orphans are treated – as well as adopted children from other countries.

Multiple rounds of US and EU sanctions targeted Russian officials and business in response to Ukrainian crisis conditions.

Its press and information section head, Soren Liborius, said “(w)e do not have additional information on the legal aspects, background and other things related to its drafting.”

Separate from Western/Russian relations, fortress Europe is notorious for its increasing hostility toward immigrants and unwillingness to grant them asylum or refugee status.

Instead of accepting responsibility for the problem they caused, EU nations approved Operation EUNAVFOR Med.

A mission statement calls for intercepting, seizing and destroying vessels in Libyan and international waters.

Security Council authorization is required – including for ground operations if requested.

Ten EU nations oppose granting asylum to desperate refugees seeking it – perhaps being willing to wage war to stop them on grounds of “militia and terrorist” threats to Europe.

US blacklisting is notorious. A so-called terrorist watchlist system involves a secret process requiring neither “concrete facts” or “irrefutable evidence” to designate US or foreign nationals as terrorists.

A March 2013 Watchlist Guidance document covers secret rules for including individuals in a terrorist database as well as others designated for no-fly list status.

Criteria for inclusion are secret. Anyone can be targeted for any reason or none at all. Justification in all cases is possible harm to national security – a catchall process for the most egregious policies.

“Instead of a watchlist limited to actual, known terrorists, the government has built a vast system based on the unproven and flawed premise that it can predict if a person will commit a terrorist act in the future.”

“On that dangerous theory, the government is secretly blacklisting people as suspected terrorists and giving them the impossible task of proving themselves innocent of a threat they haven’t carried out.”

Once blacklisted, individuals guilty of nothing face enormous travel, employment and other obstacles.

Pre-9/11, 16 people were barred from flying. Now it’s tens of thousands – in most cases unjustifiably based on unconfirmed suspicions or irresponsible targeting for political reasons.

America blacklists its own citizens as well as foreign nationals, yet complains when its officials are targeted. EU nations act the same way. 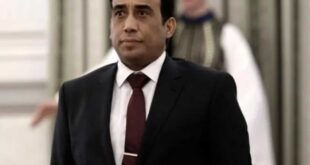